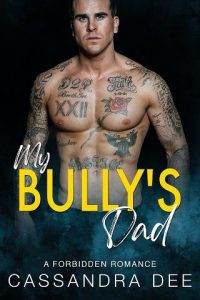 “Look at those abs! Ow-wooooo!”

Nicole is holding up a book and running her finger seductively down the abs of the man on the front cover, while suggestively tracing her upper lip with the tip of her tongue. I cover my mouth to hush my laughter.

We giggle again, but continue staring at the cover. It’s okay because Nic and I know one another well. She’s my best friend and has been since the sixth grade, when we were paired up for a science fair project. I am pretty sure, however, that we would have eventually gravitated towards each other even without the science fair.

After all, we were part of the small portion of students in the class that was actually looking forward to the project. We were both outsiders at our school, observing but not so much participating; both heavy-set, awkward, and total bookworms. We’re the type that sits quiet in the back of the classroom, yet secretly hanging on to our teachers’ every last word. Is it bad to love learning? It certainly seems like it some days, given the teasing that comes my way.

But Nicole and I bonded quickly our sixth-grade year, especially after our project won second place in the science fair contest. Our hypothesis was that we could get a battery to produce energy from lemon juice, and it did! The red ribbon looked so nice, and I was beaming with happiness when I saw it.

After the fair, our parents took us to celebrate at a local Connie’s Pizza, one of the classic Chicago-land pizzerias where patrons can write in sharpie on the brick walls while they wait for their order. I remember the red and white checkered table cloths, and the dim, vintage light fixtures hanging above them. I can still smell the sweet, sugary sauce in the air, wafting off the iconic pizza pies. Plus, if I had to guess, “Tilly & Nicole BFFS Forever” is still written in big letters above the old pizza oven built into the wall in the main dining room.

But yeah, our nerdiness hasn’t worn off even years later, and we aren’t exactly the cool kids in high school. While most people our age are sneaking down to the field across from the train tracks at night to drink vodka and orange juice, we prefer to hit the town bowling alley and gush over our latest reads while knocking down some pins. That’s not to say we don’t get a little crazy here and there. Wild and fun just have a different meaning to us than to most of the masses. For example, once in a while, we like to play an entire bowling set only allowing trick shots; Nicole’s granny roll is almost better than her regular throw at this point. It’s hilarious, but anyone would laugh upon seeing it.

Plus, we’ve lucked out with our schedules this year. We have over half of our classes together, and this thankfully includes homeroom and lunch. Our homeroom period is in the school library, giving us daily opportunity to gush over the romance novels stacked in the bins lining the back wall of the room.

It’s a little sad because there are no real-life boys interested in us, so we make up for it by pining over the male models on our favorite trade paperbacks. Today, Nicole is ogling a Fabio-inspired man on the cover of Through the Open Window. We’re just goofing around, but deep down we both know that we would kill for a man like this one: he has dirty blonde hair flowing down to his shoulders, and piercing blue eyes above a deadly sharp jaw line. I can’t help but fixate on the trickle of sweat making its way down and over his washboard abs, which of course draws my eyes to that tight v-formation just at the top of his faded blue jeans. Neither of us have ever seen a man like that in real life.

Nicole swings her bouncy brown curls over her shoulders as she spins around to show me the cover of the next book in the bin. Behind her oversized glasses, her eyes are practically bulging with excitement.

“Are you seeing this Tilly? Can you imagine bringing a man like him to prom? I can see Samantha and her little posse already. The looks on their faces would be absolutely priceless.”