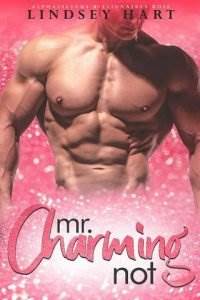 I warned the bastard.

He fully knew what would happen to his stuff if he didn’t come and get it. When I said I’d light it on fire, I truly meant it.

Three days ago, I joined the ranks of clichéd women all over the planet. The ranks of the cheated on, poor women who have a rock on their finger and the vague promise of happily ever after on the horizon and still come home to find their fiancé tupping another woman on the kitchen table.

Yes, that’s right. Tupping. I actually have two degrees. One in English—in which I majored in classical lit and minored in theatre, because duh, they’re an excellent fit together—and a second in business since the former didn’t exactly pay the bills. And yes! Even with my two degrees, I’m still calling it tupping.

I was actually in school for six years, and thanks to my business degree, I currently have a job. I work for a company whose focus is ethical and sustainable fashion. Well, you know, clothes made with bamboo and hemp that are super soft, stylish, and planet-friendly. That’s the company. My parents just can’t figure out how I ended up here in the fashion world. Sometimes, I even amaze myself. I suppose that even though a person can’t draw or sew, they can still work here as a manager, which I do. I worked my way up the ranks for the past five years to get to where I am.

Anyway, back to the tupper…I suppose he once had a name before he became dead to me. Byron the butthole. That’s his name. Byron the bastard. Byron the burner of souls and destroyer of hope. Byron the bozo. He has quite the alliterative name.

And currently, at this very moment, Byron, the biggest butthole bastard in all of the land of burned souls and destroyed hopes, is standing outside my workplace. He’s blowing up my phone with all sorts of sappy nonsense, but the long and short is that he wants me back. He says he’s so very, very sorry and that he’ll never stick his very um—well—inadequately sized fire poker into someone else’s fireplace again. According to him, he’s desperate to win back my trust. Blah, blah, bullshit, blah, bullshit, and even more bullshit.

Any other day, I’d march out there and send him off with a few very choice words, all while keeping my cool because the freak out has happened, and what’s done is done. I’ve since made peace with the fact that the last three years of my life were totally for nothing, relationship-wise, at least. I was having doubts about getting married anyway, so he really did me a favor there.

Although, he’s not currently doing me a favor by loitering outside when this morning is a big morning for me as well as for the rest of the place. We were just bought out by a huge name in the fashion industry. Julie Louise Paris—I doubt that’s her real name—has been designing haute couture since the eighties, and her stuff is the kind of thing you see in magazines and red carpets. You know those dresses that cost like six figures a piece? That would be her. She has shops in all the big and fancy cities around the world.

And we all know why she bought us out.

Her son is a bit of a tupper himself. Or whatever. I don’t really know anything about him other than what the magazines say, but we all took an interest after we found out we were being bought out and that he was going to be our new CEO. In his case, I’d say he’s likely going to be our Clueless Executive officer. He knows everything about partying, spending money, dating models and actresses, pissing his grandmom off, spending her money, causing scandals—the usual rich people things—and nothing about actually working in the industry.

That’s what people say, and it’s basically all I have to go on.

My phone dings again, and I realize I’ve drifted off into a happier place. Sort of, though not really. When did my life turn into an epic poo pile? Well, I guess that would be eight days ago when we found out about getting acquired by Julie Louise Paris. I didn’t think a week was a long time, but I’ve since learned otherwise. With a heavy sigh, I turn my attention to more of the bullshit, bullshit, and extra bullshit texts.

Byron: Buttercup, please come out and let me talk to you. I’m so, so sorry. I don’t know what I was thinking. Please. Give me another chance.

Byron: Pleeeeeease! You know I love you! You know I’d do anything for you!

Apparently, that doesn’t include monogamy, but maybe Byron thought it was supposed to come after the wedding, and the before bits didn’t count.