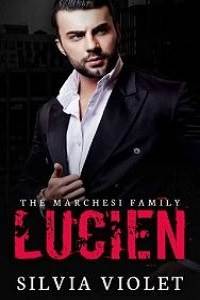 I sighed as I pulled open the heavy wooden door of my uncle’s bar. After I’d finished yet another day at yet another shit job the temp agency sent me to, I’d wandered aimlessly until I’d ended up there on D Street. Uncle Mac had taken me in at fifteen when my parents had died. He was several years older than my father, and his kids were long grown by then, but he’d done his best by me. I could always count on him for a word of encouragement when I started to doubt I’d ever find my place in the world.

Uncle Mac was behind the bar as usual, busy with the after-work rush. He lifted his chin to acknowledge he’d seen me. I knew as soon as he got a chance he’d make his way down to the end of the bar where I’d settled myself. I wished I could become invisible while I waited. I couldn’t be more out of place at the bar in my dress clothes. The fact that I’d gotten them used and they’d seen better days made no difference. I didn’t fit in amongst the construction workers and factory linemen or really in South Boston at all.

“Bad day?” My uncle’s question pulled me from my thoughts.

“The worst. It’s no wonder the man I was working for can’t fill his assistant position. He treated me like something a roach would look down on and expected me to do the work of at least three people. Then the son of a bitch had the nerve to say he was going to report my bad attitude to the temp agency and refused to pay me for my day’s work.”

“You need me to do something about that?” My uncle would literally go beat the man to a pulp for me if I asked him to, but I wouldn’t do that.

“No, it’s fine. He’s just one more in the line of fucking assholes. From what I’ve heard they’ve had trouble with him at the agency before, so I don’t think they’ll pay attention to him. They’ll just send me to some new asshole tomorrow while they argue with him about my pay.”

“You can always work here. You know that.”

He clapped me on the shoulder. “Don’t go anywhere. It’s been too long since I’ve seen you, but I’ve got to serve these guys before they get rowdy.” He jerked his thumb toward a crowd of men who were lined up at the far end of the bar.

Mac would hire me in a second or try to help me find a job working for some friend of his. But I’d never felt comfortable at the bar, and I was pretty sure most of his friends’ businesses were far less legal than his own. I’d had enough of trying to lay low, growing up with the parents I’d had. And I’d worked hard to do better for myself. I’d spent two years at community college and earned a scholarship that helped me transfer and finish out my four-year degree. I’d had a good, steady job as an office assistant for two years until the company I worked for downsized and laid me off. Since then, I’d tried to find another assistant position, but none of my temp jobs had developed into more than a few weeks working in shitty conditions. I was twenty-five but I looked younger, and it was hard to get anyone to take me seriously.

Would working for Uncle Mac really be worse than rejection after rejection when I applied for jobs or the horror of the temp work I was assigned? I looked around at the men in the bar. Most of them wore jeans and flannel shirts. Some wore work overalls, and many were still covered with the dirt and dust of their day’s work. I had nothing against working hard. I’d taken jobs on a few construction crews, but when you’re as small and skinny as me and so obviously gay, that’s not a good environment. As a teenager, I’d worked in the back, washing dishes, and I’d been scared to come out front except when the place was nearly empty. I really didn’t belong in a Southie bar.

No matter how good or bad any of them were individually, Uncle Mac’s regulars were a rough crowd. The more they drank, the louder their opinions got, and the more apt they were to use their fists to make sure everyone knew how right they were. Few of them would be happy being served by a skinny twink who didn’t need a rainbow flag to proclaim his orientation. And there were others who would want to shove me to my knees in the back alley and protest that they weren’t gay while they shoved their cocks down my throat. I’d only been stupid enough to be lured in by that kind of asshole once.