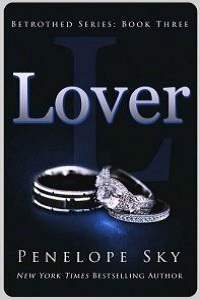 The men let me pass as I stepped into Damien’s home. His maid tried to talk to me, ask if I was staying for dinner, but I ignored her and sprinted up the stairs. I let myself into his bedroom and walked inside to the sight of him clean from a recent shower.

Damien stood in his sweatpants, his hair flat and wet. “What the hell are you—”

“Maddox has Sofia.” Both of my lungs burst like balloons just from saying those words, admitting the truth out loud. My knees wanted to buckle underneath me and let me collapse to the floor. Instead of being livid someone had crossed me, which was my typical response, I was too broken to feel anything but unimaginable pain.

I couldn’t think about what he was doing to her—because I might kill myself.

When Damien had processed what I said, his bad temper disappeared and his shoulders dropped with devastation. “What?” His voice came out as a painful whisper, as if he were just as haunted by the revelation. “What are you talking about? Hasn’t she been home this entire time?”

His eyes closed for a moment. “Shit.”

My shaky legs couldn’t hold me up any longer. I fell into the armchair next to the table. I couldn’t even make myself a glass of scotch because I wouldn’t be able to keep the drink steady. I was shaking with rage, trembling with agony.

Damien stepped closer to me, his face blank because he couldn’t believe what he’d just heard.

I leaned forward with my elbows on my knees, my hands planted against my mouth.

Damien stood there for a while, ingesting the painful silence around us. After he went through the same emotions I had already experienced, he fell into the chair beside me. He sighed quietly, his fingers brushing through his damp hair. “We’ll get her back, Hades.”

“How?” My voice was so deep, I sounded demonic. “I have no idea where the fuck he is. I don’t even know how long he’s had her. If I knew where he was, I’d be there right now.” I covered my face with my hands, feeling the tears burn behind my eyelids. I’d never cried as an adult, not even as a teenager, but now I was a pile of uncontrollable emotions. I knew I loved Sofia, but until that moment, I had no idea how deep my devotion ran.

“We’ve never been able to figure it out before,” I spat.

“But it won’t be quick enough to stop him before…” My voice cracked from the emotion, and I shut my eyes so I wouldn’t have to picture what he would do to her, what he would do to my wife. I’d rather die by a knife to the gut than let that happen to her.

Damien was silent, just as disturbed as I was. He wouldn’t dare mock me for my tears, for being a man with emotions.

I couldn’t believe this was happening. I wanted to punch myself in the face in the hope I would wake up from this nightmare.

“There’s no trade we could make?” he asked. “There has to be something he wants.”

“We’ll figure it out, Hades. One way or another, we will.”

I leaned back in the chair and sniffed loudly. The back of my hand absentmindedly wiped away my tears.

All of this happened because of him—because he didn’t fucking listen to me. “The only reason that I haven’t killed you is because I need you. Everything that is happening to Sofia is your fault. Her blood and tears are on your hands.” I turned my gaze toward him to look him in the eye. “I lost my wife because of you, and even if we get her back, I’ll never forgive you.”

I was on the second story of a large house, somewhere in the middle of western Tuscany. Once I’d been transported to the location, I was thrown into a bedroom. The large windows were barred shut, and the bedroom door was impenetrable.

I sat on the bed, leaned up against the headboard, my knees pulled to my chest. My arms were crossed over my stomach, and I kept my eyes on the door. I wasn’t in a grungy cell, but I knew I was a prisoner all the same. It was only a matter of time before Maddox came for me, either to kill me—or to do something worse.

I hadn’t cried or showed any emotion yet. I was doing my best to stay strong, to convince myself that Hades would find a way to get me back. I recalled him saying he could never track down Maddox, that the man was impossible to trace.