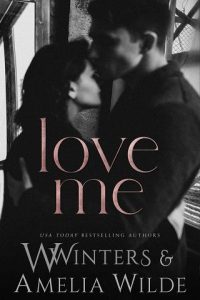 I Wanna Be Your Slave Måneskin

Nothing More - Here’s to the Heartache

Pumped Up Kicks - Foster The People

Four years ago, before tragedy struck

“You know I care for you, don’t you?” he questions and there’s a hint of something I can’t place. Something in his tone he’s never given me before. We’ve been on again and off again for years now. Something tonight is different.

“Of course I do.” During all that’s happened, he’s always cared for me. God knows I’ve been to hell and back with a bottle of tequila, and he’s been there all through the night and in the morning. He’s cared in other ways too. Ones that give me this insecure feeling I can’t shake. The wind blusters in, shifting the curtains and the moonlight stirs in the expansive room. There were boundaries before tonight, boundaries that seem to disappear when he looks at me like that.

James is the only lover I’ve ever had who’s kept my secrets … he’s the only one I’ve told the darkest ones to.

As a chill sweeps along my shoulders, I pull the covers up higher, settling deeper into the bed.

“I think I love you,” I tell him, although I’m reluctant to admit it. I roll onto my side as I do, pulling the satin sheets with me and ignoring the groan of the bed. I’m still sore between my thighs and I have to hold back a sated moan of content. The fan revolves in the silence and I turn from looking at the shadows it casts on the ceiling to stare at the man who’s making me remember too much, making me feel too much.

His lips quirk up into a cocky smirk as he props himself up on one elbow and then moves a hand beside me, so that he towers slightly over me. Still silent, not giving an inch and only finding amusement in my statement.

A humorless laugh leaves me, and I press against his chest but he doesn’t move. He continues staring down at me, watching and waiting. For what? I don’t know.

“Leave me be, you sex fiend,” I tease. “Sleep is tempting me and I’d like to take it up on its offer if I can.” He knows how hard it is for me to sleep. Insomnia is something that bonded us. Oddly, with him in my bed, I sleep so much better. Rolling onto my side I pretend to ignore him and he lies down beside me, then nips the lobe of my ear, making me squeal. I can’t help that the slight pain sends a ripple of want through me, reviving the pleasure I felt only moments ago.

“You think you love me?” he questions with a hint of awe in his tone and I’m forced to look at him over my shoulder.

It’s hard to tell if he’s toying with me. If he’s playing around like we do with each other or if he’s being serious.

“I have feelings for you,” I whisper back, unwilling to be open and vulnerable until he is first. For some reason, when I look at him, refusing to give him what he wants, my chest aches. There’s a tenderness for him I haven’t felt before.

“Tell me you love me,” he commands and my bottom lip drops, my body already wanting to give him anything he demands. It’s dangerous, though. Especially for a girl like me. Kamden’s warning is there on the tip of my tongue. Money is a drug that people will do anything and everything to obtain, and it can leave you with nothing. Love doesn’t change that and my name alone is worth enough money that no one outside of my inner circle can ever be fully trusted. But Kamden knows James, and he knows what James knows.

That chill comes back again.

James’s eyebrow cocks humorously. If he knew the thoughts racing in my mind, he wouldn’t think it was so funny.

My expression slips before I can stop it and he moves to hover over me. “What’s wrong?”

Pushing away from him, I wish he would stop. I wish it would all stop. “I don’t want this life anymore. I don’t—”

“El, I can give you whatever you want.”

“Promises, promises,” I whisper with my eyes closed, not wanting to think.

“I can promise you the world,” he says with such sincerity my throat closes.

They’re the same promises my father gave my mother. The assurances that fool women into trusting men and leaning on them, into loving with everything they have. It’s all too much.