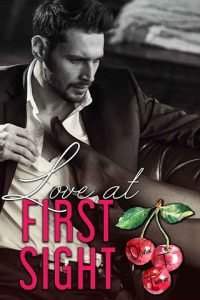 “Wow, that was the worst quarter ever,” Westin hisses as he tosses the quarterly report onto the conference table. “Thanks a lot, Nolan. I hope it was worth it.”

Nolan is grinning with his arms crossed at the other side of the table, his tie hanging loose around his thick neck. “Are you going to be mad if I tell you it was?”

“Your perverse fun might have been worth it for you and Arya, but this is going to hurt the company. We might have to let some staff go because of this.”

Us four Cline brothers go quiet around the conference table as that sinks in. In the five years since we inherited Cline Investments, Real Estate, & Holdings, or Cline Corp for short, we haven’t laid off one employee. Dad would be proud, until now. He always drilled it into us—‘these people trust you with their livelihoods and that of their families. You have to do whatever you can to honor that trust and take care of them.’

Apparently, Nolan wasn’t thinking of that at Mr. Brown’s charity gala two months ago. The lovebirds snuck into what they thought was a private room, but when the curtain came up, every one of Mr. Brown’s guests was treated to the view of Nolan nailing his new girlfriend on the red antique car that was up for auction.

Mr. Brown was not pleased. He’s a very conservative man and our largest nine-figure investor. At least he was until he fired us over that little incident.

“I know he was a big investor,” Luke says as he nervously taps his pen on the table, “but layoffs? Really?”

Westin sighs as he pulls the report back to him and looks at it. “I don’t see any other way. We just lost about a quarter of our revenue.”

“I’m sorry, guys,” Nolan says with his hands in his hair. “I didn’t think… I just couldn’t control myself around Arya. I don’t know what happened to me.”

“I’m still surprised the old man didn’t have a heart attack when he saw your bare ass up there,” I say with a laugh.

“You should have seen his face,” Nolan says as he tries to stifle his laughter. “He went as red as the car.”

“That’s hilarious,” Westin says with a roll of his eyes. “But what’s not funny is that we now have to layoff close to two hundred people because of that ridiculous stunt.”

“I say we get rid of Luke,” I suggest as I put my feet on the table. “He’s not very smart and his head kind of looks like a football.”

My older brother is sitting on my right, glaring at me. Luke is thirty and has always been the largest of us Cline boys. The four of us are all tall and muscular, but he’s the biggest. And the funnest to tease.

He slaps my feet off the table and lunges on me, wrapping his huge arm around my neck in a headlock. “You’ll never get rid of me, Eli,” he shouts as he yanks me around like we’re ten years old again and wrestling over the last Oreo. “I’m going to be at your funeral to give you a wedgie before you’re buried. How would you like that, asshole? To have your underwear up your ass for all eternity?”

“Get off me!” I shout as I put my hands on his rock hard stomach and unsuccessfully try to push him off. It’s like trying to move a statue.

“Guys!” Westin snaps as he slams his fist on the table. “This is important.”

Luke reluctantly lets me go and then fixes his tie as he slumps back into his chair.

“I was just about to get the upper hand,” I say, smoothing my hair out as I sit back down. “Another three seconds and I would have been out of that hold.”

“Another three seconds and you would have been unconscious,” Luke says with a snort. He looks at his phone and frowns. “Where is Brooke with the food? I’m starving.”

“Can we focus?” Westin snaps, looking like he’s about to blow the top of his head off. “Our balance sheet is missing nine fucking figures!”

“We’ll figure something out,” Nolan says as he gets up and walks to the window. We’re on the top floor of a Manhattan skyscraper and the late evening lights of New York in the summertime look spectacular from up here.

“What are you going to figure out?” Brooke asks as she arrives with three pizzas and a bottle of Mountain Dew.

We all say hi to our little sister and then dive into the pizza boxes, elbowing each other to get the biggest piece. Luke tosses his cold coffee into the plant and then fills his mug with the Mountain Dew. Fucking caveman…

“We lost Mr. Brown as an investor,” Westin says as he picks the olives off his pizza and tosses them on the box. “We have to figure out where to recoup his money.”