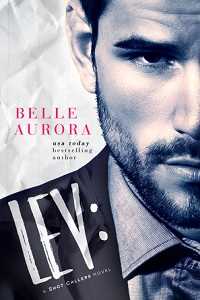 I was dying. I hadn’t been surer of anything in my life.

As I sat in the alley, staring at the dirty brick wall stained with substances I’d rather not think of, I wondered if this was the place it would happen.

My stomach gave a loud growl of complaint, and rather than feeling hungry, pain consumed me. My lips quivered, and I curled in on myself, hugging my arms around my bent legs, my forehead resting on my knees. It was then, hidden away from the prying eyes of spectators, that I cried.

The warmth of the tears I shed were hardly a comfort to me. I did, however, take solace in knowing I still felt something. Anything.

I was starving, quite literally. It had been days since I ate anything. Last week, I’d become so desperate I ate from the trash. My desperation turned to regret in a matter of hours. I got sick to my stomach from the rancid food, throwing up until I was emptier than I had been before. I wouldn’t be taking that risk again. It wasn’t worth it.

It left me feeling more than desperation. I felt hopelessness.

Not ready to accept my fate, I realized in complete calm that I would become nothing more than a statistic if I didn’t do something about my current situation.

It was late. The sounds of the city streets were quieting down, and many of the stores in my view had turned off their neons. I needed to move quickly if I had any chance of finding something to eat.

I pulled the compact mirror out of my jacket pocket and wiped the stains of the three-day-old mascara from under my eyes. I didn’t need that mirror to show me I was pale and that my cheeks were sunken. I felt like a walking skeleton. Looked like one too. My collarbone protruded harshly, my shoulders were pointed, and my cheekbones looked sharp enough to cut. I hid my body under the coat I’d been given at the women’s shelter, but there was no hiding my face.

Anyone could tell I was emaciated.

I wrapped my arms around myself, my body in a constant state of chill, and walked out of my alley. I didn’t have to walk long before I spotted a Styrofoam container sitting on a table outside of a restaurant that had closed for the night. With my eyes on the prize, my stomach rumbled in excitement as I walked casually over to it. When I got there, I felt eyes on me. I lifted my face to see a young boy, no older than sixteen, looking back at me.

I wanted to cry as soon as I realized he looked very much like me… thin, dirty, and hungry. I knew what it felt like to be hungry. I’d been hungry for years. He eyed me a long moment before he returned his eyes to the container.

I couldn’t do it. I wouldn’t take it from him. And I could have. I’m a fast runner. Instead, as I felt the familiar prickling behind my eyes and nose, I jerked my chin toward to container and smiled.

He stood there, looking tired and dejected, scratching at his arm. Neither of us moved. A moment of optimism shot through me. If he wasn’t going to take it, I would.

Finally, he stepped forward, and recognizing part of himself in me, he started to speak as he opened the container. “We can share.”

We both looked down at our findings and my heart sank. A few stiff French fries sat in the bottom of the box, as well as the hardened crust of a sandwich and a few leaves of wilted, brown lettuce.

The boy, looking angry with himself for offering part of his slim fare, held the box out to me. And I couldn’t help but smile. It was funny how people who had nothing would offer everything to those in need, and people who had comfort scarcely offered it to people who needed it.

My stomach growled angrily and I turned my smile on the boy. I lied through that smile. “No thanks. I’m not hungry.”

The tilt of his brow told me he didn’t believe me, but he shrugged and walked away with the box, leaving me alone to regret my decision.

I nodded slowly to myself. I knew that already.

My numb feet took me three more blocks before I came across a sandwich bar that was closing. A man with short brown hair stacked chairs from outside the deli and brought them in before moving to close the door.

“Wait,” I called, rushing over.

The man frowned down at me, his dark eyes scrutinizing my every move. “What? We’re closed.”

I lowered my eyes and spoke quietly. “I’m sorry to bother you, sir. I was just wondering whether you had any food that you were about to throw out.” I peered up at him. “Anything would do. I’m not picky.”