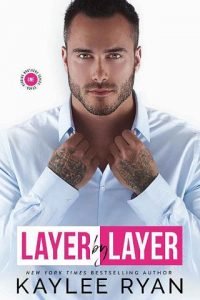 The best thing about traveling first class is that you get to board first. Well, that’s not the only good thing about it, but today, that’s my favorite part. I’ve been in San Francisco for a week, and I’m exhausted and ready to go home. Unfortunately, there were no direct flights, which means this is the second plane I’ve had to board today. Hence the early boarding. Shoving my carry-on overhead, I take my seat near the window, stretch out my legs, and close my eyes. This plane can’t take off fast enough for my liking. The company jet was undergoing maintenance. Just routine but essential for safety. I’m not opposed to purchasing another so this doesn’t happen again. I can hear my brothers now as they laugh and call me spoiled.

As CEO of Riggins Enterprises, I have a fully packed schedule, and delays for things such as commercial flights can’t be tolerated. Besides, my brothers are just as spoiled as I am. They just don’t have the pressure on them, the future of the company on their shoulders. Owen, who is two years younger than me, is the only one who comes close as CFO. The financials are in his hands. Our younger three brothers all play a role in the company as well, but the stress, the worry, that’s all on me.

I feel someone take the seat next to me, but I keep my eyes closed and block out whoever it might be. I just want this plane in the air and landing in Nashville as soon as possible. The hustle and bustle of the other passengers boarding fills my ears, and while it’s annoying, that means we are one step closer to taking off.

Several minutes later, I hear a female voice ask, “Can I get you something to drink?”

“N-No, thank you,” a soft feminine voice replies. The voice is angelic and intriguing enough to get me to open my eyes and turn to look at my seatmate. Green eyes, wide with visible fear, capture mine. “I’m sorry if I woke you.”

“You didn’t.” I keep my reply short. I’m not sure if she’s a chatty Kathy, but I don’t need that on this flight. I just want to sleep through it and get home.

“I’m nervous,” she says, holding her hand out in front of her. My eyes watch as a slight tremble appears.

“First time?” I find myself asking. Why I’m not sure. I’m not a man who takes on casual conversation. No, I’m usually in my office or at home on my computer working. There is always so much to do. Running a multi-billion-dollar company doesn’t leave much time for casual anything.

I allow my eyes time to rake over her. She’s gorgeous. Not in that “she could be a supermodel” way. No, she’s naturally beautiful. From my first impression, I’d say she’s one of those women who has no idea that she turns heads wherever she goes.

“No.” Her reply is shaky. “Just not a fan of flying or heights for that matter.”

I nod, acknowledging her statement and close my eyes again. Surely, we should be taking off soon. It will be late by the time we land. I won’t be going into the office; however, I know I’ll have a hundred new emails to deal with, and I want to get started on reviewing the construction contracts that this trip was for.

We’re building a new facility in San Francisco, and this trip was to interview construction companies. I need to follow up with references and get the contract started, so we can proceed with the build.

“Do you fly a lot?” she asks. The tremble in her voice seems to be getting worse.

“Often enough. My job requires it,” I reply, but I’m not sure she actually heard me. Glancing down at the arm of the seat, I see her fingers gripping it so tight, her knuckles are white. The plane hasn’t moved. “What about you? Traveling for work?” I’m not sure why I’m engaging her in conversation. Something about her fear pulls at me, and if a little idle chitchat can soothe her fear, then I can handle that. Besides, I have a feeling she’s going to keep talking whether my eyes are closed or not.

“N-No. I actually got fired from my job.”

“It was a mix of me telling them to take the job and shove it and being fired.” She turns those wide green eyes toward me. Her chest rises and falls, a tell-tale sign of her anxiety.

“I quit, but it was made clear that my refusal to do what was asked would result in my termination.” Slowly, she exhales, trying to gather her wits.

“Insubordination.” I’ve dealt with a few of those myself. Disrespect in the workplace isn’t tolerable.