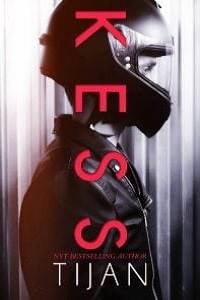 The words were scribbled on a piece of paper, taped to a bathroom stall, and I was about out of patience. I ripped it off, balled it up, and tossed it into the garbage. I knew why they put the note up, because this was the druggie stall.

There were three other stalls open, which wasn’t normal, but we were in the end run of the school year. Graduation was in two days. It was our last official day of school, though most seniors stopped coming a long time ago. Not me. I was here because of detention.

I growled under my breath.

I was about to head inside the stall, find the drugs I knew were stashed somewhere, and I was going to mess with them. I was going to hide them somewhere else in the bathroom, but just as I hit the door to open, the main door to the bathroom swung wide.

I paused, trying to stomp down some of my irritation. It wasn’t her fault I was here for detention, but it was her brother’s and his whole group’s fault. There was a situation they brought about that ended with me getting detention. It was a whole round-about thing, and it didn’t really matter in the long run. But, I couldn’t be mean to Tasmin Shaw, or Taz as she was called by her friends. There were a few different reasons why I wanted to, but none really had to do with Taz as a person.

Two, she was connected. Taz was not only popular, but she was well connected with the toughest crew still going strong in our school. We have a system, or had a system. There used to be a whole chain of groups that weren’t gangs, but we weren’t all friends either. We were in the medium between those extremes, and tended to look down on those who weren’t in a crew. That meant you weren’t loyal, and if you were crew, loyalty was like blood to us.

You needed it to be crew, or you were simply ‘less than.’

Or I used to think so.

And three, there was a respect issue here because Taz’s brother’s woman was now the only female in a crew. There’d been one other girl, but no more, and I can say that because it was me. I used to be in a crew. We weren’t big or even tough, but we were a crew and I loved my crew.

Now we were nothing.

She stopped before going into her own stall, noted where I was standing, and raised her eyebrows. “You okay?”

I’d forgotten what I was going to do.

Taz gave me another smile and went into her stall.

I moved inside mine, and a second later, her voice came through the room. “Do you have any plans for the weekend?”

The weekend. Shit. I usually did, but that was before my crew broke up.

Her toilet flushed—when had she even pissed? A beat later, her door opened, and she went out to the sink. Me, I was still standing just inside my door. I hadn’t even closed it behind me, so here we go I guess. I nudged it back open, edging farther out as she washed her hands. Her eyes found mine in the mirror.

An emotion flickered in them, and oh no.

I was already readying myself, because whatever that was, I didn’t like it. My gut was tightening up.

“You know, I heard that Zeke Allen from Fallen Crest Academy is probably going to throw a rager. They party almost every night over there.”

I wanted to snort in disgust, or at least disdain. I didn’t.

She nodded, finishing up drying her hands, and stepped back from the sink. “Where are your guys? Usually they’d be out in the hall if you’re in here.”

There was the whole gut tightening again. Right there.

I jerked a shoulder up. “They’re out doing their thing. I’ll catch up with them later.”

“Are you dating one of them? Monica mentioned that one time.”

She was referring to one of her friends, who truly didn’t know shit.

Those eyes of hers. Tawny and hazel, and there’s a reason she and her brother were some of the most ridiculously good-looking people in our school. It wasn’t fair. But the kindness and concern were what was really setting my teeth on edge.

I didn’t need her pity.

“Anyways,” I blasted her with a bright, but dismissive smile, “I gotta go to the bathroom. So…” Enough said. I moved inside my stall, shut the door, and sat. Then I waited.

I was feeling like an asshole, but a moment later she was edging for the door. She was going slow, and that tugged at me because Taz Shaw wasn’t known for moving at a slow pace. She bounced. She hurried. She darted. She didn’t move slow, and she wasn’t my friend.