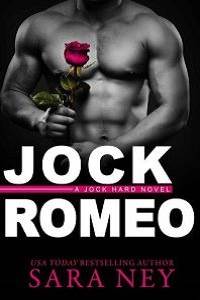 Go to a house party, they said.

It’ll be fun, they said.

Seems everyone else on campus had the same idea: hit Jock Row on the first Friday back for drinking and merriment and acting like asses.

This is not fun—at least, not in my opinion. There are way too many people here, and I’m starting to feel claustrophobic. Not only that, I have to pee, and the line for the bathroom is insanely long. I’m not a camel—I cannot hold it for days, and I refuse to pee outside in a bush.

There has to be another bathroom somewhere in this massive house. The one beneath the staircase where everyone is lined up is probably just a powder room with a single toilet. My eyes roam the perimeter, scanning for random doors that could lead to relief, but I find none. Nor am I willing to push my way through the dense crowd to the packed kitchen in hopes of finding one—this party is body to body to body, and the closer it gets to midnight, the more people seem to congregate.

This has to be a code violation.

There is a staircase leading to a second story, and I assume it’s probably off limits up there. Private bedrooms and all that. So that’s the direction I go, shouldering my way through the throng until I reach the wooden stairs, eyes focused on the dark hall at the top. There’s a door and it’s closed, a white piece of paper taped up with bold black Sharpie letters scrawled across it: DO NOT ENTER.

I decide to enter.

After all, I’m a girl with a goal.

It may be a short-term one involving a toilet, but at least I have my sights set on something other than being drunk, yeah?

I turn the doorknob and push through, stepping up into the second level, making sure to close it behind me. It’s not as noisy up here but still not exactly quiet, the sounds of people and music finding their way in.

There is a bathroom straight ahead.

I make a beeline for it, sighing with relief as I lock its door, pushing down my jeans and plopping down onto the cool porcelain.

I haven’t even had that much to drink—room temperature beer holds no appeal for me tonight, but I didn’t want to sit at home in the dorm rooms on my first official Friday in college.

Not only that, I made the university’s cheerleading team and have added that to my list of accomplishments this year, too. Wasn’t sure I’d make it; I was so damn nervous during my tryouts I almost biffed it during the basket toss, one of the most basic stunts. Cheerleading 101.

A few of my teammates convinced me to come out tonight. I’m a social person in general—you kind of have to be when you’re a cheerleader, jumping and dancing in front of thousands upon thousands of screaming, shouting fans at a football game—but every so often all I want to do is snuggle up with a good book on the beanbag chair. I brought it with me to college and it’s in my dorm room parked in front of the small television set that rests on a chest of drawers.

My roommate hasn’t arrived at school yet, but I know her name is Allison and she is bringing the microwave—and I suppose that’s another one of the reasons I came out tonight: I’m too nervous to be in the room when she finally arrives.

The first game is Sunday.

I let out a loud sigh as I pee in the toilet of the baseball house, looking myself over in the mirror directly across from it. My dark blonde hair that’s lost its curl because of the humidity outside on the walk over. My big brown eyes, lashes coated in mascara that’s sure to smudge by the time we finally leave. The big, gold hoop earrings.

There’s a sound outside the bathroom door and I hold still, rigidly frozen on the pot, guilty of being a stowaway on a floor the residents of this house didn’t want anyone to come to.

What if someone tries the door to get in and finds it’s locked?

I frantically wipe and flush, washing my hands before pressing my ear to the door and listening for footsteps.

All I hear is the music and noise from down below, muffled but loud.

With bated breath, I turn the lock then twist the doorknob, inching the door open and peering through the small gap. Shoulder my way through and tiptoe back down the hall toward the stairway, pulling open the door at the top so I can disappear back into the merriment below.

There’s someone at the top of the steps, and he’s sitting.

I know this because I literally crash into him when I put my foot out to descend, followed by an “Oof!” and a profuse apology.