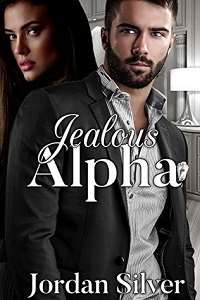 “Stop here.” My driver pulled up to the curb and let me out. It was still early enough in the day that there weren’t too many people around, less annoyance for me to deal with.

I walked into the coffee shop with my head down as I looked at my phone, making my way up to the counter. “I’ll have a double espresso with a twist.”

I paid and left without once looking at the person behind the counter and walked smack dab into a warm body. “Son of a…”

I looked up sharply at the expletive and came face to face with beauty. Maybe it’s because I wasn’t expecting it that it stopped me cold.

She was a little bit of a thing, barely reaching my chin. But her curves under the fitted skirt suit and the wild black curls that fell over her shoulders and back painted quite a picture.

I got just a small glimpse of her almond shaped hazel colored eyes before she looked down at herself where I’d spilled my drink.

Her scent reached me and my body reacted so strongly the shock of it left me reeling. I stood there staring down at her as time seemed to stand still.

She on the other hand barely acknowledged me as she turned and headed back out the door, muttering under her breath about inconsiderate assholes.

She didn’t even let me see to her after spilling the hot drink down her chest and I felt bad, but not as bad as I felt at the thought that I might never see her again.

The feeling of loss was so strong it was an ache in my chest and I tried calling out to her. But she was moving way too fast for me to keep up and for some reason my equilibrium seemed off. It felt like I was walking under water.

I moved out onto the sidewalk and watched her until she disappeared around the corner. I looked up at the name of the place and the street and headed back to my car where my driver was waiting to let me in.

I can’t say I thought of her for the rest of the ride, but she did cross my mind a time or two in the half an hour it took to reach my office.

I wonder who she is, if she’s from around there? And why this morning of all mornings I’d chosen to stop for coffee?

It was most definitely not the kind of place I’d usually frequent. In fact I’ve been coming this way to get from my place to the office for a few years now and never had the inclination.

By the time I logged the secret code into my personal elevator for the ride up to my luxury office on the fiftieth floor, my mind had shifted to the coming day and what laid ahead.

“Oh, you’re here, I need you to go over these specs before the new architect gets here.” My brother walked into my office minutes after I arrived.

“I thought you already did that?”

“Oh no, I’m not falling for that again. Last time I made a mistake my ears rang for a damn week after all your yelling.” This kid’s been a pain in my ass since birth.

“Just drop it there and get out of my office. I have things to do that don’t include being annoyed by you.”

“Fine, don’t forget she’s going to be here any minute. By the way you need to call our mother. She’s on the warpath again.”

“What did you do this time?”

“I like that, why is it always me? Actually this time it’s you. You missed Sunday brunch or something like that again.”

Dammit, why does my mother think she can hold my weekends hostage? “I’ll call her later.” I was already focused on the reports in front of me before he turned to the door.

I’d almost forgotten about the new architect that we’d hired, or more to the point my brother Gavin had hired.

I usually let him take care of the hiring for our company while I focused on bringing in business and making money.

Our grandfather had started the business over eighty years ago with nothing but a few thousand dollars and brute strength.

Now, what had started out, as a mere construction-company was now one of the leading residential and commercial builders in the country.

This latest project was taking us out of the country and Gavin had got the bright idea to hire some up and coming hotshot architect that he swears is the best thing since slice bread.

Since I usually let him handle that side of things, I didn’t have much to say about his choice, as long as she got the job done I could care less. Though up to this point we’d only dealt with male architects.

This woman he’s been going on about for weeks had apparently won some awards out west and was being touted as the latest talent in her field so I trust him to have it under control.