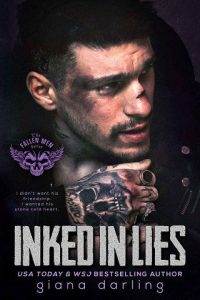 
“The best people possess a feeling for beauty, the courage to take risks, the discipline to tell the truth, the capacity for sacrifice. Ironically, their virtues make them vulnerable; they are often wounded, sometimes destroyed.”

The greatest love and greatest loss of my entire life moved into the house next door when I was five years old. I was only a kid, so it might be hard to understand exactly how profound my underdeveloped brain understood that moment to be, that moment when Jonathon Booth unfolded his long, lean teenage form from his family’s minivan and stepped onto the lawn fifteen yards from where I sat playing in the grass with my brother, Dane.

Even then, I knew the absurdly pretty man with a thatch of perfectly tousled golden-brown hair and a gait so fluid he moved like water even in his gangly teens would become the epicentre of my life.

I believed every relationship could be distilled down to a handful of moments.

My complicated friendship with the man who would come to be known as Nova began the very same day he moved in.

Dane was trying to entertain me and failing. I didn’t like doing childish things like playing with the cheap, permanently stained toys he bought me from Value Village or reading from any of the books we checked out from the library.

Not even half a decade of life under my belt and I was already an adventurer, eager to drag my older brother from exploration to exploration. We walked through the woods at the back of our property discovering abandoned fox dens and families of deer grazing in meadows between the seams of the trees. I liked to dive into the icy waters that pooled beneath the craggy rocks of the mountains, running down the middle of the province from tip to toe like one great, boney spine and collect the wild flowers that bloomed on the grassy hills until I was coated in pollen and fragrant as wine.

But that day, Dane didn’t want to explore.

He usually gave into my whims, especially because exploring meant we didn’t have to stay in the small cracker box house with our father and his cast of criminal friends.

But that day, one I remember vividly from the exact cerulean blue of the sky overhead to the feel of the silken blades of grass tickling my bare thighs, something was happening in that house that I didn’t understand.

Dane did, and therefore, he’d decided we should stay close.

I wasn’t worried like he was about the sketchy man with the twitch and the leer, pockets bulging with cash and waistband distorted by the press of a gun who was inside with our papá, ‘doing business.’ I didn’t remember that he’d been by before, that he owed Papá a lot of money, and even the bulge of bills in his pockets wouldn’t have been enough to repay him. I wasn’t old enough to notice, as my brother did, that Papá, Ignacio, was the kind of man who exacted payment in the flesh.

Dane barely noticed when the grey minivan rolled to the curb across the street carting a U-Haul nearly as big as our house.

All at once, as soon as the engine stopped, the car exploded with activity. An older man pushed open the driver’s side door while the rear automatically pulled back to reveal three adolescent boys who almost tumbled over each other in their quest to get out of the vehicle.

There was loud chatter, the sharp yip of young male laughter, and a lone female voice raised in motherly warning from the other side of the van.

Instantly, I wanted to go over to them.

Especially when the last occupant unraveled his long form from the interior and emerged into the mid-afternoon sunlight.

He had none of the tattoos he would come to be famous for, or the signature five o’clock shadow that perpetually dusted his angular jaw later, but he was still heart stoppingly beautiful, even at seventeen.

Even through the eyes of a five-year-old.

“Dane,” I whispered, about to impart the first secret I’d ever cultivated. A secret that had instantly formed in my untried heart. “Dane, do you see those people?”