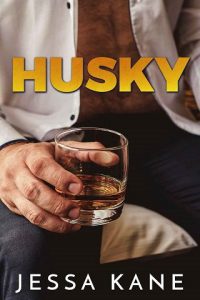 I am in over my head.

Two days until my first runway show and I feel like I’m caught in a cyclone.

My rented design studio is full of cranky models, pins and fabric scraps are scattered on every surface, my sketches have been tweaked so many times I barely recognize them anymore. This is not how I pictured the glamorous life of a fashion designer.

And it’s not even the women’s line giving me the most trouble.

I’ve promised a preview of my menswear line and I can’t seem to find a lick of inspiration. Mostly because I know very little about men, in general. What I have experienced has been negative. Maybe that’s my problem. I don’t have love for them. I’m staring down at my sketchpad, trying to rework a modern kilt concept for the ninth time—unsuccessfully—all while shouting instructions to seamstresses, interns and models. My head is about to burst.

My best friend and assistant, Jocelyn, drops down beside me on the leather couch. “Well? Have you come up with anything earth-shattering yet?”

“No,” I say, blowing out an unsteady breath. “But I have twenty-four hours to produce something for the men’s line. I’ve had less time before, right?”

“Sure. On The Fashion Game. But this isn’t a reality show, baby cakes. This is the big leagues.” She snaps her gum. “Everyone has already forgotten you won first place on television. This is the real test. You have to deliver.”

I’m already nodding. Jocelyn is always right, even if her brand of love is tough.

Fashion is always about what’s next. Not what happened last season. It doesn’t matter that at twenty-one, I’m the youngest contestant ever to win on The Fashion Game. Or that I scored a million dollars to launch my new line. I’ve sunk a hefty chunk of that money into moving from Nebraska to New York City (not cheap), rent my work studio in the Garment District (definitely not cheap) and design the line to end all lines.

So it’s make or break time.

If this line sinks, so does Parker Hauser.

I blow my blonde bangs out of my eyes and stare across the studio. The male model has been waiting there for days, waiting for me to fit him into something. Anything. There is something about the model that I don’t find particularly appealing. I can’t put my finger on what it is, though. Is it his sharp cheekbones and narrow hips? He has a pretty standard body type for males in the industry. Thin, angular, coiffed. Even a little icy.

Why can’t I seem to give two craps how he ends up dressed?

Caring about clothes is my job.

And I’m running out of time. But inspiration is clearly not going to strike on this couch.

“I’m going out for a walk,” I say, stuffing my sketchpad into my satchel.

Jocelyn almost spits out her gum. “What? Now?”

“Parker, you need to buckle down and get this done for us—” She snaps her mouth shut, waving a hand as if to clear the air. “For you. This could really launch your brand.”

“Believe me, I’m aware,” I reassure my best friend, pulling her into a hug. “The last thing I want to do is let down the viewers who voted for me. Or you. After all, you’ve been encouraging me since we were just kids in Nebraska. I’ll get it done. I promise.”

She looks skeptical as I pull away, but I don’t take it personally.

I take the elevator down to the lobby of the building and step out onto West 39th Street, surprised to find night is already falling. It’s Friday night and weekend vibes are percolating the February air. It’s unseasonably mild, but still cold enough that I have to belt my favorite purple coat and brace against the wind.

I’m not sure where I’m heading, but there is inspiration around every corner in my new home. Magnificent old architecture tucked in between modern developments. Characters being characters. Diversity, excitement, revolution. Every store window tells a different tale.

For some reason, I find myself stopped on the sidewalk, staring across the street at a little dive bar called Mulloy’s. Apart from a few beers in high school, I haven’t done much drinking. I was a contestant on the reality show when I turned twenty-one, so I haven’t had much of a chance to take advantage of the legal drinking age. I’ve never even been in a bar. Maybe some new scenery is just the stimulus I need to finish this line.

Decision made, I curl my fingers around the strap of my satchel, wait for the traffic to pass, then cross the side street. It’s kind of amazing, actually, how quickly the world changes around me after stepping into the bar. It goes from street sounds to the welcoming din of conversation. Dark to glowing. Lost to found.