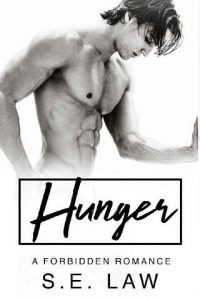 The door to our shabby trailer opens, and in walks my older brother, Joey.

“Hey, how was work?” I ask, not bothering to look up from the textbook in my lap. Even though school is online now, I still have to study if I want to graduate this year. I was supposed to be finishing my senior year at Corona High with my friends right now. But instead, I’m stuck in this trailer, unable to leave except for emergencies.

Joey is quiet. I finally look up and take in my brother’s appearance. He looks tired and worn out. Ever since our parents died in an accident two years ago, my brother has been looking out for me. He makes sure there’s a roof over my head, food on the table, and that I’m emotionally okay given the tragedy. But I think it’s starting to get to him. His shoulders are slumped, his expression downcast, and frankly, my brother’s never looked this bad before.

“Joey, what’s wrong? Is everything okay?”

A million scenarios run through my mind. Is he sick? I can’t survive without him. I may be eighteen, but I’m still in high school. No one out there is hiring right now, much less young girls who haven’t graduated yet.

Unfortunately, my parents didn’t leave us with much. My family used to be okay, but we weren’t rich, and almost all of my parents’ savings went to their funeral expenses. I didn’t know how much a funeral cost until we had to plan one for our mom and dad. They didn’t have life insurance because they were young. Why would they prepare for the end of their lives when they thought they had many years left to go? It was something best left for later, when we’d have more.

My heart clenches with pain. Our family was a tight knit group. We would hold game nights every Friday, even when Joey and I were too old for that kind of thing. It was fun, even if playing Charades with your folks seems antiquated and downright boring.

But now, I miss those family game nights more than anything. We haven’t had one since my parents passed, and all of the old games are still piled up under my bed. They’re among the few items we were able to take from our old house, mostly because no one wanted them.

Before we sold the house, we had a garage sale and tried to get rid of as many things as possible. Part of it is because we knew we were moving into a trailer, and wouldn’t have much space. But the other part is because Joey and I needed the money. Selling the house bought us a few months reprieve, and we used the proceeds to put a down payment on this trailer. Even though it’s shabby and run-down, it works. My brother and I are simple people, and don’t need much, although it would be nice to have consistent running water and electricity. The hook-ups here are awful, and I want to scream at management some days.

But today, something’s wrong. My brother stands still in the doorway, his mechanic coveralls half-unzipped, revealing the Corona Auto T-shirt he always wears underneath.

He turns to me with zombie-like eyes, and a chill runs down my spine. What’s happened? But then he jerks alive, and nods.

I stare at him.

“We both know that’s not true, Joey. Tell me what’s happening. I’m not a kid anymore, and you don’t need to protect me.”

Joey sighs. “Corona Auto shut down today because of the pandemic. No one’s bringing their cars in right now.”

Oh no. My heart drops.

I can’t say I’m surprised, though. The pandemic that’s happening right now is absolutely crazy. Everything seems to be shut, and most people are locked inside their houses, afraid to even open the door. I don’t blame them. I’m scared too, and even grocery stores will likely close soon.

But this leaves us with a huge problem because Joey’s salary pays our rent, not to mention food and bills. What are we going to do?

“Do you know when they’ll reopen? Did they say anything about paying you in the meantime?”

“Damien has no idea when they’ll be allowed to reopen, but without any business coming in, they can’t afford to pay me. He gave me fifty bucks on my way out and a slap on the back. I get it. He doesn’t have anything either, but it just sucks. I don’t know what we’re going to do. Do you still have that old piggy bank?”

I gape at him.

“You mean the pink one I got for my tenth birthday?”

My brother looks down but then he nods.

“Yeah, I’m sorry, Britney. We really have nothing, so anything will help. I’m even tempted to look under the couch cushions for spare change.”