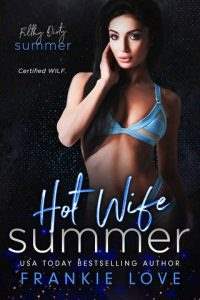 Damn, the club is packed. It’s a hot June night if there ever was one. I’m thirty years old, and I swear this might be the hottest summer on record.

“Why are we being glorified bouncers, of all things?” Capone asks as we make our rounds through the club.

“We’re keeping the peace, Capone. A lot of drunks, a lot of macho egos, things can spiral out of control quickly. We aren’t in the business of anyone getting hurt. Unless they should be hurt, anyway.”

“This is so dull. If we need bouncers we should just hire people.”

Capone’s a new prospect for the Motorcycle Club. We got him out of a pretty rough group in the city. He’s trying to get on a better path in his life, and the club president thought our brotherhood would be the way to help him.

“Take pride in being a protector. It’s one of the most manly things a guy can do.”

He has scars on his cheeks. A childhood accident. Everyone has a nickname around these parts, a title of affection and something to bring us closer. It would have been obvious to call him Scarface, but our club’s president is named Scar already and that might have been a tad confusing. So we named him after the original, Al Capone. He likes it, and it’s growing on me as well.

I have to agree with him that this is kind of dull, however. I wouldn’t snub my duty to the club, and I do it proudly, but I can’t deny that the luster is gone. The past decade at the Wildfire MC clubhouse has been full of great memories and I wouldn’t trade them for anything, but I’m growing to realize a man is more than the bond with his brothers.

Hot summer nights like this one make me remember my childhood, when I was home from school. Running the fields, being taught to shoot by my dad during the weekdays and hunting on the weekends. The entire family would come together around the grill, hell, I even miss the Kool-Aid my mother used to make. Times were tough then, but I’m missing it all the same.

Memories of my blood family. Memories of things I haven’t had in years. Not since the accident and the cancer, a one-two punch of the world’s cruelty. I can’t complain too much as life hasn’t been too bad to me outside that, but damn, that was a blow.

A half-drunk beer in hand, I continue my rounds, making sure everything is under control, and making sure Capone pays attention. The bar is simultaneously our clubhouse and our business, so we have a lot of people around town come in for drinks. As one of the few social places in this small town, young men and women come in looking for love.

Or something like it, anyway. Lot of these folks are just bored, and entertaining one another with their bodies is as good an entertainment as anything else. More power to them if that’s what they enjoy. That’s just not me.

I need a woman, but unlike a lot of the guys I see coming in here, I have standards. The woman who will be my queen and the mother of my children can’t just be any girl who walks through that door. Sure, I notice the cute girls here, but looks aren’t everything. If my folks taught me anything, it’s that you need a spark to build the foundation of a good family, and I’m not going to settle just because I’m not a twenty-something anymore.

Most of the women here are attractive enough, but they’ve been to the bar enough for me to know them. They aren’t for me. None of them are. I never expected love to come walking through the front door. But, then, the world’s got a way of taking you by surprise when you least expect it, doesn’t it?

As Capone and I reach the bar proper, I see an unfamiliar but gorgeous face.

She’s sitting on a stool, looking petite, a white tank top on. It’s a tad too big for her, but her curves shine right on through anyway and give me a bit of a look at her perky chest. Tight jeans show off the rest of her and I have to say that I like everything I’m seeing. She turns her head, looking nervous as hell for some reason, but it’s enough for me to realize she’s the hottest thing on the planet.

I want her so damn bad.

I don’t know what it is — nobody has this kind of effect on me — but just looking at her, I know I want her to be mine.

“Who are you looking at, Blaze?” Capone asks.

“The most beautiful woman in the world.”

“Her? Yeah, good luck, old man,” he laughs. He takes out his phone and starts doing whatever kids his age do on those things.