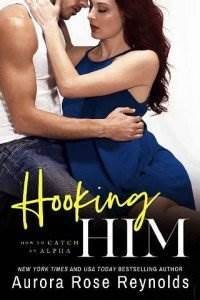 FIRST IMPRESSIONS ARE EVERYTHING.

DIDN’T YOUR MAMA TEACH YOU THAT?

“Are you happy?” my friend Lucy asks, and I instinctively tighten my fingers around my cell phone as I put my bare feet up on the wooden rail in front of me. I’ve lived most of my life in the city, surrounded by skyscrapers and the constant sound of chatter and traffic, with air clogged with the scents of food and exhaust. Now, sitting on the back deck of my studio apartment in a small coastal town in South Carolina, with the ocean mere feet away, the sun warming my skin, and a slight breeze playing in my hair, I wonder how I survived in Chicago for so long.

“I’m getting there,” I answer, smiling as I watch a young family laughing and playing in the surf nearby.

“Even living in a small studio apartment and working at a bakery?” She sounds skeptical, and I remind myself she just doesn’t understand. Like everyone else back in Chicago, she doesn’t get why I’d choose to go from making over $60,000 a year, living in a beautiful penthouse apartment, planning a wedding to a good man—who also happens to be gorgeous—to moving to a town where I know almost no one. Where I’m renting an apartment the size of my old bathroom and working a job that pays in a month what I used to make in a week.

“Even living in an apartment and working at the bakery,” I reply, keeping my tone neutral before adding quietly, “I do miss you, though.” It’s not a lie: Lucy has been in my life since I can remember. Our parents were friends, so we practically grew up together.

“I still don’t get it,” she says with a sigh, and my heart sinks. I keep hoping she will, but as the months pass, it’s becoming more and more clear that she won’t. None of my friends or family do. They don’t understand that I didn’t just wake up one day and decide to give everything up. Every day for years, I woke up and looked at myself in the mirror, disliking the materialistic, shallow woman I was becoming. Until one day I decided to do something about it.

“I should let you go. I’m sure you have stuff to do, and I promised Edie that I’d go with her to bingo.”

I can’t help the smile that tips up my lips. “Yeah, it’s actually kind of fun.”

“If you say so,” she says, sounding distracted, and then a moment later, a distinctive male voice in the background asks her something, and I know it’s Lance, my ex-fiancé, who’s a partner at her firm. “Sorry, I gotta go, Anna.”

“No problem,” I tell her, feeling nauseous. “Bye.” I hang up before she has a chance to reply and then sit forward, dropping my head into my hands as I think back to the look on Lance’s face when I gave him back his ring and told him that we were over. He didn’t say a word and walked away, looking devastated. The hardest part about leaving Chicago wasn’t the lifestyle I was giving up; it was losing him. Even though I wasn’t in love with him, he was my friend. For the five years we were in a relationship, he was a constant in my life, someone I depended on for support, and he was one of the few people who understood the dysfunctional relationship I had with my parents and encouraged me to take a step back from them when they hurt me with their carelessness.

Not wanting to spend the day dwelling on something that would leave me depressed, I pull in a deep breath, expecting to inhale the fresh sea air, but my nose wrinkles when the distinct scent of pot hits me. I open my eyes, get up from my lounger, and stop midway across the deck when a big puff of smoke floats up from the porch below. I walk quietly to the edge and look over the rail, wondering if someone from the beach has decided to hide out and get high. But then I shake my head when I see Dixie and Pearl, my landlady Edie’s best friends, who are in their seventies, standing at her back door and sharing what looks like a joint: an object that seems out of place, given their grandmotherly appearance. Both women are dressed like they’re about to go golfing, in their pastel polo shirts and khaki capris, all capped by white hair that’s styled, like always, in an array of curls.

Both women jump, and Dixie, who’s holding the joint, tosses it away, yelling “Oh shit!” while Pearl screams, searching until she finds me on the deck above.

“Anna!” Pearl says, glaring. “You scared the dickens out of me.”