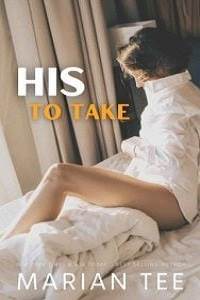 Tears blind my eyes as my palm slams down on the row of buttons. I don't know which floor the elevator's going to end up opening to, and I honestly don't give a damn.

All I care about is getting away as fast as I can. I just need to be on my own, just need some time and space to myself so I can stop pretending everything is fine.

Two years ago, my mom conned most of my friends into investing in her crypto scam. Others, she lied to about being sick and borrowed money from. It was only when police showed up on our front door that I found out about everything.

Virtually everyone I know stopped speaking to me after what happened, and rightly so. Mom stole from them. Went through other people's life savings like money grew on trees, and for what?

Addicted as she was to gambling, Mom lost the lot of it - all of it, dammit - in a single high-rolling night at the casino, and even to this day, she doesn't see the need to say sorry to any of them.

My mom who doesn't give a shit about the number of lives she's ruined.

My own flesh and blood.

And that's why I've cut myself off from the entire world, and all I care to do now is work my ass off to pay everyone back. That's the only plan I have for the future. The only routine I have. I eat, work, and sleep, and then I do it all again.

I have no right to do anything else.

And so that's what I did earlier.

I just stand there as they slap and spit on my face, and I would still have been there if one of the other housekeepers hasn't gone running to our manager and called for security.

The doors of the elevator finally open, and I stumble out in a daze. I look up, and I manage to catch a glimpse of the floor number before the elevator resumes its ascent.

I wipe my tears away with the back of my hand. 44F is perfect. The entire floor is closed off to the public, and since it won't be in use until tomorrow, I won't have to worry about anyone seeing me break down.

Housekeepers like me are given a master key card for all the rooms, and I use it to randomly open one of them. SOP allows us to do quick checks on unused rooms, but right now I just need five minutes in privacy to bawl my eyes out.

I step inside and insert the keycard into an activation panel. It powers up the entire room in the next second, and the lights automatically switch on as I turn to close the door.

When I turn around again, there's already a gun pointed straight at my head, and my whole life flashes before my eyes when I hear a cocking sound.

The man holding the gun doesn't even have a mask or anything else to cover his face, and that's so, so bad.