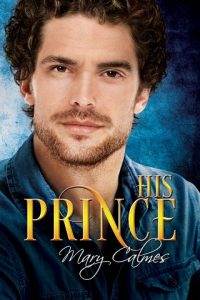 Since my mind was running and I couldn’t sleep, I had decided to let my body do the same. An early morning sprint through the French Quarter, in the slightly chilled air, had seemed like a great idea. Even better since my other option, that of talking to the man I loved over breakfast, had been a complete and utter bust.

He was gone before I woke up, which was impressive considering we’d only gone to bed a few hours earlier. I had questions for him, and I’d told him so before I fell asleep in his arms. There had been a visitor just after three, which was a surprise, considering I’d just gone downstairs for a snack but got a stranger on his hands and knees on the floor at my feet instead. His interaction with Varic Maedoc, the Prince of the Noreia, prince of the vampyrs, who owned my heart already, so quickly, more than anyone, had started off polite but became stilted and had finally verged on outright hostility. The courtier, Anar, who was there to deliver a note to me from Varic’s mother, had been gracious once he found out who I was. Everything had seemed normal until Anar was dismissed and Varic and I had gone to bed. At the time, I hadn’t thought much about how or where he’d bitten me, but right before I fell asleep, it occurred to me that it was different. He’d never taken blood from my chest before, and I’d never felt weak after he drank from me. I’d sought answers then.

“Wake up,” I ordered, trying to lift my head and sit up from where I was, tucked into his side. “I need to talk to you.”

“In the morning,” he promised, holding me tighter, rubbing his chin in my hair. “We can talk about whatever you want then.”

I went to sleep, because the day had been long, and he was there, naked and warm next to me, and the future looked really good.

But in the morning, he was gone and I was left with questions. When I called him to find out where he was, I got a clipped, terse reply. He would talk to me later, but he was buried in something at the moment. I didn’t even get a goodbye.

I had changed and left the mansion after that, AirPods in, music loud, drowning out my worry with the Foo Fighters. I focused on nothing until there was only my feet hitting the pavement, the scent of the river and jasmine, and the people who smiled or waved as I flew by. I ran farther than I normally did, and then on the way back, stopped for a muffuletta, the spicy one I liked, and since I was walking around by then, and because I didn’t have to go to my shop because my best friend and manager, Ode Reed, was taking care of it for the month—I was supposed to be gone—I got to do the thing I never had the time to do anymore, which was act like a tourist in the French Quarter.

I was glad I’d gone running in my tracksuit so I could take the jacket off, wrap it around my waist, and be cool enough in the heat that came when the morning chill burned off. I strolled in and out of shops, looked at gorgeous artwork, went to a couple of salvage antique stores and dug around looking for treasures, stopped and had beignets, got oysters for lunch and sat with a table of folks visiting from Wisconsin. I had a Pimm’s Cup, a Bloody Mary, went and got a slice of pizza in the afternoon, around three, and was sipping a frozen Irish coffee on my way back home. There was a lot to be said for having all my money and my ID on my phone, and I would have to remember to thank Ode for setting it up for me. I was not a techy guy before I met her.

“Have you taken complete leave of your senses?”

Turning, I found Hadrian beside me, and I squinted at him because the sun was in my eyes. “Hey,” I greeted him, making the slurping sound as I got to the bottom of the ridiculously good Irish coffee.

It was done, so when he snatched it out of my hand and threw it away with force, I wasn’t devastated. I was, however, rethinking my plan to go home and that I needed to run off my lunch along with everything else I’d eaten.

“You—” He took a settling breath. “—will do nothing but accompany me back to the mansion this instant.”

“Whyzat?” I asked him, seeing a store I wanted to go into and getting ready to cross Royal Street to reach it.