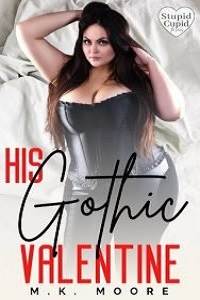 This small town is not unlike the one I grew up in Georgia, but I knew everybody there. After the police academy, Berks county was the first job offer I had, and I took it. That was twelve years ago now. I still don't know anyone, and my routine is lacking. Work, grocery store, and home. Something is keeping me here; I just don't know what it is yet. I used to be a clean-cut All-American football player, but now I look like I just stepped out of the mountains after ten years of hibernation. I've gained weight, but every year I still meet the physical requirements of the department. That's why I haven't considered leaving; I wouldn't pass the more rigorous departments in the country.

How bored I am is all I can think about as I point my radar gun at the slowly passing car. 33 in a 35. Figures. Nothing interesting ever happens on the job. Don't get me wrong; I don't want anything crazy to happen, just something out of the ordinary. Suddenly, the familiar crackling sound of static fills my quiet squad car.

"Any officers in the vicinity of Route 143 and Crystal Springs Road?" Kyla, one of the third shift dispatchers, calls through the radio. I don't usually work this shift, but I was asked to work this weekend. With Valentine's Day on Sunday, we get a lot of weird calls as with pretty much every holiday, but for some reason, Valentine's Day brings out more crazies than Halloween around these parts.

"Officer 1223, responding," I say into the microphone.

La Petite Mort is the gothic nightclub just inside the village of Virginville. It's about as out of place as anything in Virginville, really. It's practically a ghost town. With a population of roughly three hundred people, the fact that this is a thriving nightclub astounds me. As a Berks County Sheriff, it's a part of my jurisdiction though I live some thirty miles away on Reading's opposite side. I pull up in front of the club and get out of the car. After turning it off and locking it up, I adjust my bulletproof vest. The big ass bouncer lets me right in. Inside the club, some loud music I've never heard is playing, and kids, who are dressed like they are straight out of the Victorian period, except it's all blacks and reds, are dancing. Swaying's closer to what they are doing but to each their own.

Scanning the room, I catch a gorgeous brunette dancing in a cage, but she's gone before I have a chance to react in any way. My first instinct was anger, but it's pushed away as I find the fight in progress, but really this is more of a beating. One guy is beating the shit out of another guy, and the other clubgoers are just going about their drinking and dancing. At least they are giving them a wide berth. Shaking my head, I stride over to the action, but before I can reach it, the beautiful, dark-haired girl dressed in leather gets in their way. One of the men thrusts his fist out and catches her right in the eye, sending the tray of drinks she's carrying flying. I am about ninety percent sure she was in the damn cage thing. How did she get over here so fast, and where did she get the tray of drinks? I surge forward and rip the two animals away from each other.

"Son of a bitch," she shouts, holding her face. The music cuts out with a screech. Everyone in the club is looking this way, but all eyes are on the beautiful girl.

"What the fuck is wrong with you two? Hitting a woman like that," I shout. I am about two seconds from arresting both of them, but unfortunately, that's not how the law works in this situation.

"Shit," she breathes, and I realize she's looking at me. Her one good eye is open and swimming with unshed tears. Her other eye is closed and already swelling. Both eyes have dark makeup that is streaming down her face. I am mesmerized by her. I have never had this kind of reaction to a woman before, and I am unsure as to why I am now. I don't know how long we stare at each other before one of the men I am holding on to starts to squirm. No one else in the club is moving or dancing, the overhead fluorescents come on, and the room looks totally different than it did before.