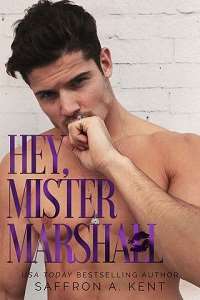 For every troublemaking, chaotic and wild soul out there. May you find peace in your complexity. And for my husband, who loves all parts of me, troubled and otherwise.

(n; as defined in the dictionary)

One who causes mischief or difficulties

(n; as defined by Poe and not the dictionary)

History expert; or, a scholar who studies the Renaissance era and wears tweed jackets with elbow patches

If there is one thing I know how to do well it is to plot.

I know how to make a plan. How to work out the details.

How to align all the stars and fit all the moving pieces together.

Which means it’s going to be a very bad day for him.

I promise I’m not going to kill him.

I’m only going to make him wish that he were dead. Or at least wish that he’d never heard my name or allowed me to set foot in his mansion.

In his very stupid and ancient-looking mansion that’s been my home for the past week.

So here I stand, at the second story window, hiding behind the heavy cream-colored drapes as I keep watch over the looming wrought iron gates that mark the entrance of this massive property.

Black clouds are gathering up in the sky, and the very air seems hot and heavy, swollen, ready to burst open any second now. And just as lightning flashes across the sky, those hell gates open and I go on the alert.

A sleek black car enters and travels steadily, silently over the graveled pathway, right up to the marble steps where it comes to a stop. My heart thumps in my chest as I wait for my victim to emerge.

And when he does, I move too.

I collect everything that I need from the foot of my bed and walk out of my room, slowly and silently.

Just when I hear a door slamming shut below indicating that he’s in place – in his study specifically; which is where he goes after he comes back from work – I take off.

I go down the stairs and turn left at the landing, rushing toward the kitchen.

Stopping at a storage room, I go inside. I find a stepladder and climb up to the vent. I pop the grill thingy out and hoist one of the things — a cage — that I brought with me and put it inside, before pulling up and getting inside myself. I crawl through the short space and when I reach another grill thingy, I stop and look through the slats.

Into the grand kitchen.

Usually it’s bustling with activity but right now, at seven in the evening, everyone has gone home.

The head housekeeper with a mop of silver hair and a warm smile.

Who lives here and is currently busy warming up dinner for him.

For a second as I watch Mo, scooping out spaghetti and meatballs and pouring that creamy red sauce over them, I hesitate. What I have planned for him also involves Mo, and I like Mo.

Even though I’ve only known her for a week, I think Mo is cool.

She’s really gone out of her way to make me feel comfortable in this strange house and in this strange situation. The rest of the staff is nice too, if I’m being honest. But Mo has been the friendliest.

Who’s yet to have a conversation with me.

It’s okay though. I’m going to change that tonight.

Keeping my eyes on Mo, I fish out my phone from my jeans pocket and dial the home number; Mo had me program it into my cell for emergencies. The call connects and I hear the ring, both through my phone and in the hallway.

As expected, Mo puts the pasta away and goes out into the hallway to pick up the phone.

Because he never picks up the phone. Even when he’s home.

I guess he’s just too good to talk to people, isn’t he?

But this time, it works out in my favor.

Muting the speaker, I leave the line open through which I can hear Mo’s voice. I pop open the grid thingy again, take the mouse out of the cage – the one I bought from one of my contacts in New York; yeah, I have sources – and dangle my arm out to simply let it go. Like a champ, it jumps out of my palm and lands on the counter. From there, it skitters away, choosing to stay stuck to the black and white vintage backsplash as it makes its way to the stove.