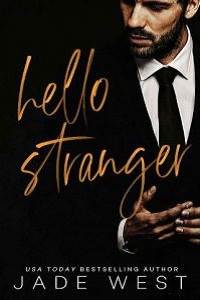 There she was, sitting on the opposite side of the carriage – just a few seats ahead, staring out through the window at the world outside.

The morning sun was harsh on her freckled cheeks. It suited her.

Her hair was bound up high on her head, with messy little strands spiralling down. Mousy, with shimmers of gold. That suited her, too.

There was a faded blue bag on the seat next to her, and a thick, worn paperback clasped tight under her arm.

The girl was nervous.

The girl was pretty, too.

Her fingers twisted in her lap, over and over. I could practically hear her shallow breaths, even over the whistle as the train pulled from the station.

I knew the route by heart, since I’d been travelling it daily for nine years straight. I knew the line of oak trees past the Sunnydale viaduct. I knew the corner shop sign with its fresh newspaper headline every morning on Callow road. I knew the five red doorways along the station at Wenton – even the one with the streak of paint missing.

I knew the people going about their lives like clockwork, just like me. The woman always tapping on her phone as she stepped onboard at Eastworth, ignorant of the passersby. The man with the messy blond beard, always cursing under his breath at Newstone as he tried to find his rail pass. The elderly woman at Churchley, with a permanent scowl and a garish floral scarf that she’d been wearing for years, always tied in the same lopsided bow under the chin.

Not once did I ever say hello to a single person on that train journey. Not a smile, nor a wave, and never so much as a mutter of a good morning. I barely even gave them a glance.

Yet still, I couldn’t stop looking at her. The girl on the train that morning.

She’d dashed onboard at Eddington station, flushed even though she had a good clear two minutes before the train left. She dropped herself down into her seat with a huge gasp of breath, and I would’ve usually pulled my own paperback from my briefcase, but I didn’t.

I couldn’t pull my eyes away from the girl as she grabbed the book from under her arm and flicked it open to halfway through. Her bookmark was faded pink. She pinched it between her knees and I caught a glimpse of the cover.

Gone with the Wind by Margaret Mitchell.

It shocked me just how surprised I was to see such a classic novel in young hands. Small-minded and judgmental on my part. Shame on me and my forty-one years of trying to be a better man than that.

I looked at her fresh, searching for signs of her literary tastefulness, but there was nothing that stood out. She was still the freckled girl in her early twenties, tapping her foot with nerves as the train chugged towards London.

I wondered where she was going, heading into the city before eight a.m.

I wondered what was making her so nervous.

I wondered what her name was, and if I’d ever see her again, even though it shouldn’t matter in the slightest.

People came and went, station to station. The carriage filled up, people hovering for just a stop or two before heading off for their day. Still, she stayed in her seat, just like me.

Until we came to Harrow.

The train pulled into my usual stop, and the same crowd of people roused from the carriage. I picked up my briefcase and prepared myself to walk right on by her on my way out, just to get a closer look at her. But no. The girl was up faster than the rest of us. She flung her bag over her shoulder and shoved her novel in the side pocket, then was off like a whippet up the carriage aisle, without so much as a glance behind her.

Hence, she didn’t notice that she left her battered pink bookmark on the floor behind her.

It was only me, staring at the seat in her wake, that noticed the sad little memento.

I picked it up.

It was leather, old and worn. I turned it in my hands, and saw a name scrawled in gold.

I followed her out onto the station, intending to hand it back, but she was already gone, up the main stairwell with enough of a bounce to clear them two at a time. The white rabbit on a run.

I slipped the bookmark into my inside pocket and watched her dash out of the platform exit on the other side of the track.

I was nervous. Just like always. It’s a bad combination – being nervous of everything and as disorganised as you can possibly be in your life. Go figure, but I was still battling it.