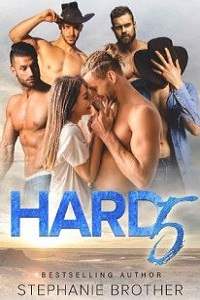 I stand at the back of the auction with a fast-beating heart and sweaty palms. I feel like a fish out of water, and I don’t really know why I’m here. The bank has told me that the sale price that my farm is likely to achieve won’t cover the debts owed to them. I have no vested interest in what happens next, just an emotional one.

Pa had a bad gambling problem that he managed to hide from us until the end. I’ve spent all the time since he was put in the ground clearing up his mess.

All the livestock went first. Our workers left weeks ago, finding jobs on adjacent properties. I wept when the horses were sold. They were more than working animals to me, and it broke my heart to say goodbye.

Now the land is the last to go.

This last transaction will be the end of my connection with the place where I’ve spent my whole life, and walking away without seeing who buys my farm would feel as though I’m letting the place down.

The auction is full of men in worn jeans and muddy work boots. From here, it’s hard to see who is who. It’s just a crowd of broad shoulders and wide hats. They’re waiting for the chance to snatch up my home for a bargain price, and it makes me sick.

I lean against the wall as the overwhelming loss runs through me like a flood after the fall rains. The auctioneer calls the title of my property, and a hush passes over the room. The bidding is fast initially, but as it becomes clear who is serious about buying, people begin to drop out. I don’t need to see their faces to know who wants my land. My neighbors, the Bradford brothers, have been slowly expanding since they first purchased the old Flint farm eight years ago. Nobody took them seriously initially. They were too young and inexperienced, according to the old ranchers around these parts. It would seem the old ranchers were too quick to judge. The Bradfords’ ranch, named Hard Valley, is now made up of three properties, and it looks like my farm will make it four.

Bidding slows as the last competitor shakes his head. The price is lower than I was hoping for, and once the bank takes its dues, I really am left with nothing.

I never imagined I’d end up homeless. Owning land feels like a sure thing, and it could have been. In my hands, the farm would have been successful. I would never have risked everything the way my father did, because I love the way of life so much.

All of it must be left behind now.

I should have made plans, but something has held me back from imagining a life away from here. I’m like a tree that has been dug up, roots dangling explicitly in the air, uncertain of how to be. Planning a life away from the farm felt like giving up. I’m no fantasist, but there was a tiny hopeful part of my heart that imagined a knight on a white horse was going to scoop me into his arms and ride off to save my farm.

Knights are for fairy tales. There’s no money in my bank account. All I have are clothes and toiletries and some sandwiches I made for my journey to nowhere.

“Sold,” the auctioneer calls. One of the Bradford brothers, the one who’s been handling the bidding, nods once. There’s no celebrating their achievement. They simply go to where they need to handle the paperwork, and when it’s done, they turn to leave.

I watch them making their way toward the door. There’s no swagger in their gait, just a relaxed air that screams masculine composure. Triplets and twins, there’s an oddness in how alike they are in the way they move, the way their eyes scan the crowd, the way their gazes settle on me.

Oh God. They know who I am, and tears immediately burn in my throat. I want to scream at them for stealing my home. Every memory I have, good and bad, is rooted there. Every hope and dream originated in that dirt. I want to scream, but I can’t because it’s not their fault. They’re not bad men, just men in the right place at the right time to profit from my misery.

I turn my face away, fumbling in my purse for an imaginary something that is just enough distraction for them to pass me by without making any kind of comment. I don’t know what I imagine they might want to say. Sorry? That would sound like a hollow apology under the circumstances. We don’t know each other to converse about anything like my plans for the future. My Pa didn’t want me getting involved with ranchers. He’d tell me stories about how disgusting they could be; chasing women, fighting, gambling, and exchanging money for favors a girl like me has no business knowing about.