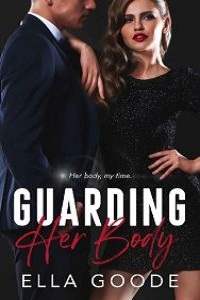 The old mantra of be careful what you wish for runs through my mind as I scan my calendar for the next week. The shooting for Game Changer was over a year ago, but the release is right around the corner. My week is filled with promotions and interviews I have to do—the two things I dread the most when it comes to my job.

The truth of the matter is that I’m not sure this is something I ever wished for. It was more what I was told to do. For as long as I can remember, my mom was shoving me in front of the camera. At the age of seven I landed a role on a family sitcom that took off. A decade of my life had been on that show. It had vaulted me into stardom which had ultimately changed my life. From there, my mom pushed me into doing movie roles.

There was this fear I would be stuck as being seen as the little sweet girl that I played all my life. But I made the transition. I landed one movie after another. In the midst of it all, my relationship with my parents fell apart.

All I want to do is go home. To run from it all, but I don’t have a place to call home. Not anymore, at least.

“We’re going to go in through the back entrance,” Nathan says from the driver's seat.

I glance up from my phone to see a handful of paparazzi standing on the sidewalk ahead. I do what I always do: I slide down in my seat to hide from them before hitting the number for my new manager.

“You’re supposed to be in a reading” is the first thing out of his mouth when he answers.

“I’m going to be a few minutes late. Paparazzi are out in front of the hotel.” They are everywhere lately. “Make sure someone opens the back door for me.”

In the midst of finding out that my mom, who was my manager for my whole career, was stealing from me, I'd also found out she would tip the paparazzi off to my location. I thought once she was no longer in the picture that they would also go away. I guess that was naïve of me.

“Who cares about them? You don’t make Randle Beckstrand wait.”

“What do you mean ‘who cares?’ The detective said—”

Blake cuts me off. He always does. I thought going from my mom to a real manager would be more professional. I was wrong. “Stop worrying. You’re fine. Your new security detail starts today. In fact, you’ll be meeting your new bodyguard after the reading.”

Relief fills me that I’ll have an extra layer of protection soon. Everyone thinks this lifestyle is a dream. Yet I’ve been in it long enough to know it’s more of a nightmare most times. Most celebrities crave the spotlight, while I tend to shy away from it. More so now that one of my fans has become obsessed with me, causing me to have to look over my shoulder constantly.

It was surreal having an anonymous number text me last night with pictures of me changing in my own closet. A sense of fear that I’ve never experienced had filled me. I’m waiting for them to get leaked to the public. It’s only a matter of time, I'm sure.

The safety I'd thought I had in my new condo is now gone. After having a small meltdown, I did the only thing I could think to do. I called the police. A detective came out. There isn’t much he could do, but he had given me a card for a firm he thought might be helpful. He’d even called them and told them we’d be in touch. Locke Security. I had to make Blake promise he’d call them or I told him I’d be finding a new manager. It was the first time I’d ever made that threat. It looks like he followed through.

“At the hotel?” I question.

I don’t understand why any kind of meeting is happening at a hotel. At first I thought it would be in a conference room. That was until Blake texted me the hotel address twenty minutes ago when I asked where I was meeting Randle.

“Yes, at the hotel, Sadie. You’re a big girl. Your mommy isn’t your manager anymore. This is how things are done.” Ouch. Someone woke up on the wrong side of the bed today.

“Good. Now go nail this. This is going to change your image from girl next door to sexy femme fatale.”

“Right,” I agree, still wondering why I’m doing this audition. Do I really want to play a sexy spy? “No full nudity, right?” I ask again to clarify.

“Go, you’re running late,” he says instead of answering, ending the call.

“You good back there?” Nathan asks as the car rolls to a stop at the back of the hotel. He’s been driving me for years. I’ve never gotten the chance to learn to drive myself. My mom always said it wasn’t necessary. I know now it was just another way for her to control me. Nathan has offered to teach me a few times, but I’ve never taken him up on it.