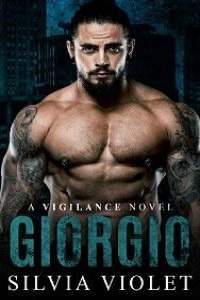 I hadn’t been out in weeks. I’d been working around the clock to finish enough pieces for a gallery exhibition, and I’d started all but the last painting. If I stared at it any longer trying to figure out what it needed, I might rip it to shreds, so I was going out.

I was going to dance until I was sweaty and my legs felt like Jell-O, then I was going to get laid. Not just any old bathroom quickie. I wanted to be utterly destroyed.

Decision made, I headed for my closet. I was leaving my apartment for the first time in days, and I wanted to look damn good. I shimmied into my tightest black jeans and selected a shimmery purple shirt that made my blue eyes look almost violet. I added some black boots with chunky heels. I was only five six and liked the extra height.

I studied myself in the bathroom mirror and considered my hair. It looked as wild as I imagined it would after raking my hands through it while I worked, and I tamed it with some gel. I debated about eyeliner, then decided to go for it. I added some lip gloss and assessed my overall look.

Exactly what I was going for.

The hot guy in the mirror was just as much me as the disheveled artist I’d been for the last several days.

Before I headed out, I made sure the door to the second bedroom, which I’d turned into an art studio, was closed so there was no chance of my cat, Mittens, sneaking in and wreaking havoc. I loved the curious little girl like crazy, but I couldn’t chance anything ruining my work. In the year since I’d quit school, deciding to ignore the wishes of my mother and stepfather and follow my dream of being a professional artist, I’d found an amazing agent, had several showings, won multiple awards, and sold numerous pieces. I was well on my way to the success I’d dreamed of.

I filled Mittens’s food bowl and scratched her ears. “Be a good girl. I’ll be back later.”

My phone beeped, letting me know my car had arrived, and I rushed out the door.

Earlier that week, I’d seen Alan, an older man I’d made the mistake of dating, sitting in his car watching my building. When I’d first told him I didn’t want to see him again, he’d continued to text and call incessantly. Then he’d shown up at my door. I hadn’t let him in, but the next week, he’d sent his driver up to get me. The man had tried to break in. I’d called the police, but he’d been gone when they arrived, and the police officers who’d shown up didn’t seem interested in pursuing the situation, not that I expected them to take a young, obviously gay man seriously.

It had taken Alan breaking into my apartment and leaving threatening messages in paint on my unused canvases to finally get a restraining order against him, but as long as he wasn’t actually in my building or approaching me, there was nothing I could do. Thankfully, I’d gotten a security system, and there was no sign of Alan now. Did I dare to hope he’d finally given up? Surely there were plenty of other young, naive artists he could intimidate.

Traffic wasn’t as bad as I expected for a weekend night in Boston. I thanked the driver and hopped out in front of Ignite, my favorite club. As soon as I walked through the door, I felt more relaxed than I had in weeks. The thrill of being part of a crowd, the pulse of the music, the flash of sequins and glitter on the dance floor was exactly what I needed to distract me from work and my pain-in-the-ass ex.

I headed straight for the dance floor, needing to join the crowd and let myself move. I stayed out there, dancing, grinding, and flirting until I was exhausted and thirsty. Several guys had made their interest clear, but none of them were what I was looking for tonight. I wanted someone older, someone strong, who would hold me down and use me roughly. I wanted to be forced to surrender to a hard, wild fuck.

The only man I’d seen who’d sparked my interest was sitting at a table watching the dance floor. As I stared at him, he turned my way, and our eyes met. He had wavy dark hair pulled back in a ponytail. His muscles strained his black t-shirt, making me want to run my tongue over his gorgeous arms. He inclined his head, acknowledging me, and my cock stirred. I willed him to move toward me, but he stayed put. Normally I wasn’t shy about asking for what I wanted, but something about the intensity of his stare made me shiver. My instincts told me he was dangerous, but dangerous was what I wanted tonight.