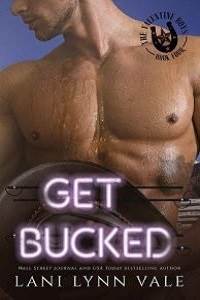 Women will never know the dread of when your dick touches the inside of a toilet bowl.

-Text from Darby to Waylynn

I would’ve rolled my eyes had I not known it would just piss the woman off in front of me.

I knew what her name was, but I couldn’t stop myself from saying things to piss her off. Seriously, doing it was just too much fun.

“Kasey,” I corrected myself, trying not to put too much sarcasm into my words. “I’m here to make the bank drop for you.”

“You’re going to have to allow me to check with Candy or Desi, then,” Kasey snarled. “I don’t want you stealing it.”

“I’ve been a good boy for years now, Kasey,” I said. “You’re being much too dramatic.”

Kasey stiffened and turned away from me as if I’d just pissed in her cornflakes.

Then again, maybe I had at one point.

I’d been a dick in my younger years.

In fact, I was still a dick.

I just wasn’t a prick that did shit just to piss people off and fuck up peoples’ lives anymore.

Now, I just did what I wanted, tried not to piss people off in the process, and kept my nose clean.

Kasey had been a mistake.

A mistake I’d made when I was ‘asshole Darby’ and not ‘has his shit together Darby.’

Kasey and I had dated in high school. It’d gone south when I’d left, trying to leave my shitty past behind. And Kasey still hated that I’d let her go when I’d left.

Meaning, now that she worked for my sister-in-laws, Candy and Desi, I had to see her and deal with her crap a lot more often than I wanted to.

The woman who’d entered the store behind me, who’d been listening to the entire thing since she’d walked in, finally broke the silence of Kasey leaving.

“Is that your superpower?”

I turned and looked at the woman.

It wasn’t really a surprise to find Waylynn Jennings standing there.

I’d, of course, seen her enter the store.

What I hadn’t expected her to do was to actually talk to me.

“What?” I asked, confusion lacing my features.

“Pissing people off,” she said. “Is that your superpower?”

I rolled my eyes.

“You’re hilarious,” I found myself saying. “Why are you talking to me?”

I’d met Waylynn Jennings when I’d started working for the rodeo circuit as a bullfighter.

A bullfighter was the crazy man that chased the bulls around the rodeo ring when the bull riders either fell off the bull, or jumped off when they had completed their ride.

To keep the bull rider safe, the bullfighter would then catch the bull’s attention to ensure that the bull rider could make it out of the ring without harm.

That was where Waylynn’s father, Jude, came in.

Jude was a six-foot-four powerhouse that could run like the wind.

He’d taken me under his wing and shown me the ropes when I was just a kid looking to make a buck. And, after eight years of being a bullfighter, I finally could see the end on the horizon.

Originally, I’d taken the job as a bullfighter because it paid a pretty decent chunk of change.

Then I’d kept the job because it gave me money, worked well with my schedule at the Valentine Ranch, and I could pick and choose where I wanted to go and when I wanted to work. Which was a necessity when it came to going to college full-time.

Which led to how I’d first met Waylynn.

Jude Jennings had brought his daughter, Waylynn, with him to the first rodeo.

At the time, Waylynn hadn’t liked being there.

Her mother and Jude had recently divorced, and she’d been a bitter little bitch to anyone that showed her any kindness.

And me, who hadn’t really cared who she was at all, hadn’t shown her even the least bit of attention when she was around.

Which, in turn, pissed her off even more.

Now, eight years later, she still had a hard-on when it came to causing me trouble.

Honestly, I wasn’t sure if she’d started the classes because of me, and wanted to piss me off even more, or because she genuinely wanted to be an architectural engineer.

Whatever the reason, to this day she still disliked every bone in my body.

And I thought she was the hottest thing I’d ever seen.

Even though I’d never act on the feelings she invoked in me.

“I’m talking to you because I know it annoys you,” she said.

“What are you talking about?” I asked.

Kasey came out of the back room, phone to her ear, and the bank bag in her hands.