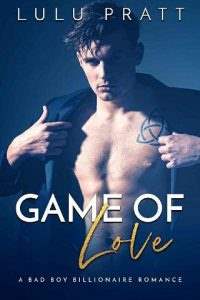 I WILLED IT to rain.

If it rained, I could cancel my run without guilt, and head home to curl up with a good book. Since graduating a year ago, I was relishing the time I had to read books I actually wanted to read. It felt like forever since I had picked up a novel and lost myself in another world. Not that my own world was that bad; in fact, the world was just starting to open up to me.

That’s why I was in the café – I was researching travel options so that I wouldn’t have to use a book to escape anymore. I had finished four long years of a design degree and I couldn’t wait to leave Boston behind me for a few months backpacking around Europe. Between studying full-time and working long hours in the family business to fund my studies, I felt like I’d been stuck behind a desk forever, even though I was only twenty-three. Images of sandy beaches, winding medieval alleyways, galleries with portraits I had only seen in books or online, and majestic ancient buildings flooded my screen. It had been my dream to visit Europe for as long as I could remember, and I had only a few more weeks of work to go before I could finally think about actually booking a flight, throwing the essentials into a backpack, and setting off.

I topped up my herbal tea with hot water and looked around. I would miss this place. It was my safe haven. Antoinette’s was a tiny café tucked down a quiet street; it was so cozy that it was almost possible to forget you were in the city. It barely sat a dozen customers inside and about four on the small patio, and those who did find a seat tended to stay a while. Antoinette, the owner, moved between her customers topping up mugs, serving the most amazing food, and making the kind of nosy queries that might have lost a less charismatic hostess her clientele. She knew everything about everyone who passed through the door.

Right now, Antoinette was doing her absolute best to find me a man. She prided herself on her matchmaking skills, and a recent successful endeavor with pairing up her niece had filled her with confidence and renewed her determination to find my Prince Charming. Already today she had subtly sniffed out two potential partners from the various customers and gestured to me to assess them with a thumbs up or a thumbs down. I pretended to check them each over and then shook my head, resulting in a frustrated shrug and something muttered in French that I couldn’t quite make out.

My phone vibrated its way across the painted wooden table, moving closer to me as though asking to be picked up. I sighed and dragged my eyes away from the Irish village on the screen and picked up the phone.

“Freya? Come home, you aren’t going to believe what has happened!” a panicked voice cried.

“What’s up? I’m kinda busy…” my tone probably gave away the fact that I was fed up with my sister’s tendency to dramatize the trivial. I was used to Beatrix’s melodramatic calls, and I was quite happy where I was, thank you very much.

“Oh God, can you just drop whatever you are doing and get over here?” she begged.

“Come on, just tell me. What’s going on?” I sighed, draining my teacup and packing away my laptop.

“It’s an absolute nightmare. Just come over! I can’t explain on the phone!” She hung up. I had a feeling that this was more than the usual design issue that she wanted me to sort out. The phone flashed into life again, and I answered it instantly.

“Mom and Dad are fine, I mean, there’s nothing wrong like that… No need to panic!” she reassured me.

“So, what’s going on?” I asked again as I started to stand up.

“Just get over here!” she half-shouted, exasperated. It seemed to me like she could have explained whatever new disaster had befallen in the time this all took, but I knew better than to argue with her when she was like this.

I looked outside and saw the first few spots of rain starting to fall. No run for me this evening! Then again, that meant I needed a taxi, and that could be easier said than done.

As I walked out, a man held open the door for me, for a second I regretted leaving as I might have taken Antoinette up on her matchmaking offer. He was dark and tall with blue eyes that twinkled as he gave me the once over. As I thanked him for holding the door, I thought I detected an accent in the way he said, “My pleasure.”

I made my way along the street while scanning for cabs, huddling under my coat, and at the same time wracking my brain for potential causes of my sister’s outburst.