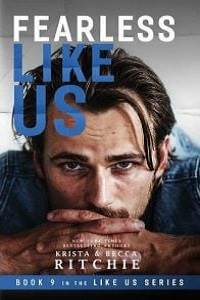 Not all characters in this list will make an appearance in the book, but most will be mentioned.

Ages represent the age of the character at the beginning of the book. Some characters will be older when they’re introduced, depending on their birthday.

These are the bodyguards that protect the Cobalts, Hales, and Meadows.

So, Dad, I’d like you to meet my boyfriends. Akara Kitsuwon and Banks Moretti.

Those words hang in the air like the smoke cloud after a bomb drop. I can’t close my eyes. Can’t look away from my dad whose brows furrow in utter fucking confusion. Before I have a chance to explain—like really fucking explain—he speaks.

How am I supposed to say this twice?!

My mouth dries, and I instinctively look behind me at Akara, who usually comes in with the save. When words fail me in social settings, he takes over…but usually not with my dad.

Usually, I can manage to form some kind of coherent sentence in front of him. My dad is the last person to really care when I struggle to say what I mean, so typically, I try to reach the point. Fucks and all. But his intensity right now, in this moment, is setting my feet on fire.

I want to run away, but I stay still and let the heat scorch my soles.

Akara picks up my distress signal, then looks to my dad. “Ryke—”

God, my dad is so fucking intense.

Yeah, feel the fucking moment—what was I thinking?! There is no back-peddling, no laughing this off with poorly placed dick jokes. Swimming forward is all that makes sense, and I hope the man who taught me to float as a baby isn’t about to see me drown as an adult.

And if Akara and Banks wished I didn’t explode this news to my dad first, I can’t tell. All of us are stopped at the base of the rock face, and they remain completely guarded, like they’re on-duty about to protect me from an enraged horde of so-called fans.

Only that horde is one person, and I’m hoping with everything in my soul and body that he’s not soon-to-be enraged.

“Um…” I have two fingers to my lips, lost in contemplation, and I drop my arm fast. “Fuck…so what I said was, I’d like you to meet my boyfriends.” I wave my hand from Akara to Banks, like this needs actual physical indication of what I mean.

His death-stare burns into Akara, then Banks, with more confusion than anger, I think. And I’m also hoping. Please, fucking please.

“Boyfriends?” He shakes his head, brows knotting. “I don’t…fucking understand.”

“The three of us are together,” I say quickly, my pulse speeding out of fucking control.

His confusion is setting me on the cliff’s edge—the one that we just climbed in the quarry. Like I’m no longer grounded. Like I’m falling forward without a harness. I wonder if my dad feels the exact same.

He holds up a hand. “Wait, so you’re with Akara?” He shifts his weight, an angry fucking shift. He runs his hand aggressively across his scruffy jaw. His eyes nail into Akara. Both men are unblinking.

He tries to shake his head, but the movement is cemented. His neck is tight. “What?” His face hardens to stone. “What the fuck, you can’t…you’re…” He exhales roughly, painfully. “You’re fucking with me. The three of you are playing some fucking practical joke on me.” He’s waiting for one of us to jump out with the punchline.

Banks hangs his head slightly so he’s not towering over my dad. But his eyes lift up with his brows as he tells him, “We’re not joking, sir.”

Without falter, Akara adds, “Sulli is telling you the truth.”

My dad is barely breathing. His carriage is barely rising. He’s just rock burning from within, and he turns to me. “This better be a joke, Sulli.”

Hurt builds pressure on my chest. “You know me better than that,” I say. “I would never make this into a fucking joke.” Winona, maybe. She likes trying to get a rise out of him. But me?