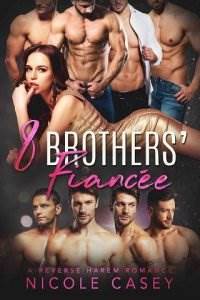 All I was asking for was five more minutes of sleep, but my phone had fallen out of ‘Do Not Disturb’ for the night and was blinging and blonging off the hook. I wasn’t the type of person who had many friends, and my parents were traditionally far more worried with what my brother was doing every second of every day, so I couldn’t figure out for the life of me who was making such a desperate attempt to get a hold of me so early in the morning.

I kept my eyes closed and just waited for it to settle its incessant chirping. Maybe if I just wished and prayed to the gods of ‘five more minutes of sleep’ they would quell whoever was hunting me down in the interest of me getting a few more winks. My phone stopped screeching out of control, so I snuggled down a little further into my bed, and let the feeling of fading consciousness fall over me. I was nearly back on a beach with Chris Hemsworth when a malady of notifications cried out again.

“What?” I screamed out loud as though there was anyone else in the room but me.

I flipped over and grabbed my phone off of the oak nightstand next to me and unlocked it. There were no texts or phone calls at all, just tons and tons of notifications about some major television network that had lost the head anchor of their news channel after allegations of drug abuse. I clicked one of the first notifications and when I saw the face in the thumbnail for the news story, my heart turned to stone.

A casually dressed journalist on one of those YouTube news channels was standing in front of an obvious green screen with the frozen image of a pair of men situated to his left. My whole body covered in goosebumps at the pair of familiar faces.

Harley and Huxley Foxx. God spare me any more torture. You took me away from Thor for this?

“Scandal broke today as Foxx Media fired Felicity Quitte for gross misconduct and abuse of company time and funds to support a hidden drug habit. Owner and C.E.O. Richard Foxx took to social media this morning to say that he is gravely disappointed in Quitte’s actions, but is sure that his boys will be able to find a new anchor quickly. By ‘boys’ he is of course referring to his twin sons Huxley and Harley who run the media company in their father’s stead. We tried to reach out to the young entrepreneurs to see if they have any leads, but was told they would not be commenting on that at this time.”

I scoffed at my phone as I turned it to silent. I was a journalist myself, and an old mentor of mine had told me that the best journalists always knew the breaking news. As a result I had set all of my social media sites to notify me with any breaking news in the world, and certainly the sudden opening of one of the highest salaried positions in journalism would fall into that category. Interesting it was, interested I was not. I was one of the few people in the world who knew that it was the Foxx twins themselves that probably drove their former anchor to drugs. They were brash, rude, and belittling. I had the prestige “honor” of going to college with them and sharing several courses, and what little interaction I had with them was too much.

It wasn’t just that they were unpleasant people, but there was a rumor circling the school that the Foxx brothers shared women. Several people had seen them go into a room together with just one woman, and had even seen them both out on dates with the same one woman. They never seemed to have an issue with one another, though. Arrogant and weird sexual traits? They were trouble with a capital ‘T,’ and I could only imagine it’d gotten worse with age. When I left college, I was more than happy to never see the Foxx twins again.

“God protect whichever poor sap ends up with that gig,” I murmured, setting my phone back down on the table.

Realizing I probably wasn’t going to be getting anymore sleep for the day, I flipped off my covers and climbed out of bed. I trudged into my kitchen and tried to decide what to make myself for breakfast. I was still half asleep. I’d only just gotten back from the UK late the night before after running an independent exposé on the recent upset to the royal family in England. I didn’t work for any company in particular. Instead, I’d made a name for myself as an independent journalist and different news companies would pay me for my stories. It wasn’t the best way to make money in the field, and could be inconsistent, but it put food on the table and I got to travel the world at my leisure. Just like in school, I’d staunchly avoided the Foxx’s network, not that they’d be interested even if I hadn’t.