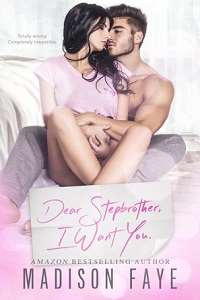 My pulse quickened as I poked my head around the corner of the building, my eyes darting. Quickly scanning the parking lot and the field-hockey pitch, I ducked through the doors and crouched in the shadow of the brick school building. I could feel the brisk fall air tease up my thighs to the bare skin beneath my skirt, and I grinned, shivering and thinking of the panties I'd made a point of not wearing that day.

I moved quickly, ducking behind the bushes by the doors to the gym and then sneaking along the edge of the building until I could reach the road. Out of immediate sight of the school, I walked briskly towards the convenience store on the corner, where the cab I'd previously arranged for to take me downtown was waiting. My nerves jangling, I smoothed my skirt over my bare legs and swung into the back seat.

No turning back now.

Skipping out of summer school was one thing. I mean, it was summer school, but still, you had to be there. Being caught sneaking away would have been bad, and definitely would have ruined my plans.

But taking a cab downtown, alone, for the reasons I was? Well, that was another story altogether.

I thought of him as we drove, letting my mind wander to dirty, naughty places. I chewed at my lips, sucking them between my teeth. A flush crept up my cheeks as I thought about what I’d seen just two days before. I thought about seeing him like that — him who I’d wanted forever. Him who’d turned from a first crush into a first lust. Him who made my skin tingle and my pussy throb — who made my hormones go on a complete rampage through my body no matter what I did to try and stop them.

Because the truth was, when it came to Channing Hensley, I was a hopeless mess. One fierce look of those piercing green eyes, or one gorgeous smile across that firm, defined jaw, or one word from those perfect lips, and I was a puddle. It’d been like that since the second he’d entered my world, and it’d been maddening.

It’s true what they say about the forbidden fruit, and about temptation. And Channing was the definition of temptation — living, walking, sexy as sin forbidden fruit. He was the untouchable personified. And yet, as time had gone on, all of these things had started to matter less and less to me. I still knew it was wrong, to think the thoughts I was thinking about him. But I just didn’t care anymore. Or couldn’t care anymore.

And today, I was finally going to do what I’d been too chicken to do since the day I’d met him.

It’d started with the letter I never gave him. But pouring out all my filthy fantasies and hidden desires across a page had turned the fire blazing inside of me into a full-fledged explosion, and there was no stopping it now.

So today, I was going to offer myself to Channing. I was going to march right into his office, look him right in the eye, and tell him it was all for him. Because I was done tiptoeing around. I was done being a scaredy-cat dork, and clueless when it came to men. And I knew that day, I’d be done being a virgin. Not after Channing got through with me.

Channing, who was six years older than my eighteen. Channing who worked for my father. Channing who’s mother had just married my father about six months before.

Channing who was my stepbrother.

And I wanted him.

It'd started like a normal summer day. Amy and Tara were over, and we were all out by the pool just hanging out, trading gossip, leafing through magazines, and generally ignoring the very real reality that in a month, we'd be flung across the country from each other to do the very adult thing of going to college and moving on with our lives.

My two friends had it easier, of course. For one, they weren’t stuck taking summer classes that their parents forced them to take like my father did to me. And for two, neither of them had the constant, pulse-quickening, panty-wetting, and completely wrong infatuation with their freaking stepbrother like I did. Neither of them even had step-siblings.

Tara and Amy were under the solar umbrella, but I’d been sitting out in a reclined chair baking, and it was freaking hot out. So eventually, I’d gotten up and volunteered to grab water bottles from the fridge inside. I skipped around the side of my father and stepmother’s huge house in my favorite lime-green bikini to the garden door next to garage. But just as my hand had touched the warm knob, I’d frozen as my chest tightened.