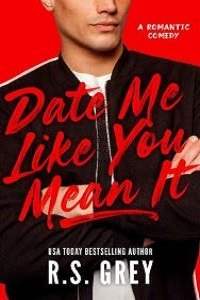 Oh no, I’ve let another one into our condo.

He’s going to kill me.

This one has really made herself at home on our couch. I made her some macaroni and cheese since I wanted some anyway, and now she’s forking it into her mouth in huge clumps while she cries. She’s been here longer than I expected her to be. Her big fat tears are making it hard for me to hear the TV show I’ve put on in the background.

I turn the volume up a little bit.

“And then…he just never called me again,” she wails.

I react with an overabundance of concern in a high-falsetto tone. “What?! Nooo. Really?”

I make the mistake of lilting my voice almost to a squeak and I think I’ve overdone it, but she doesn’t even notice. Compared to the others, she’s pretty self-absorbed.

“I just don’t get it. I thought he and I were meant to be. There’s a Taylor Swift song with lyrics that are perfect for us.”

Now this piques my interest. I forget about the sitcom. “Which song?”

I make a mental note to assault Aiden with that song every chance I get.

“And how long has it been since the…er…split?” I ask, wondering if Aiden has failed to mention another breakup to me. Lately, he’s gotten weird about sharing details about his dating life. Ever since I told his mom about the girl who showed up at our door wearing a wedding dress in the hopes of winning him back, he’s demoted me to a need-to-know basis. It’s part of the reason I let this girl in. I’m a sucker for insider information—especially about Aiden.

“It’s been, I guess…” She’s looking up at the ceiling as if ticking off days. “Six months.”

Longer than I was expecting.

With her showing up at our condo, unannounced, crying and disheveled, I assumed it was because Aiden had broken up with her like, yesterday or the day before. A week, tops.

She puts her bowl of cheesy pasta on the coffee table and turns to me, her stunning blue eyes piercing through me. “So what do you think? Can I win him back?”

I nibble on the corner of my lip because I hate this part.

Could I help this girl win Aiden back? Absolutely. I doubt there’s anyone who knows him better than I do. Like a zoologist, I’ve studied his living and mating habits with laser-like focus during the two years we’ve lived together. I know his favorite food (sloppy joes), his favorite TV show (Curb Your Enthusiasm), his top pet peeve (people who don’t put their carts away at the grocery store), and his guilty pleasure (belting out early 2000s hits in the shower). It’s Britney, bitch.

But the real question is…do I want to help her?

That’s where this whole situation gets a little complicated.

I turn and level her with a Let’s get real stare. “I don’t know if it’s going to work out between you guys.”

“But what about the song—”

I wave my hand to cut her off, unwilling to go down that road again. “Right. Sure. That’s pretty compelling stuff.”

It’s not like just anyone can find something to relate to in a Taylor Swift song.

I ease into the next part of our conversation. “I don’t think you should give up hope, but since I’m not Aiden, I can’t really say whether or not you guys have a future.”

She sniffs and nods, delicately wiping a tear from her honed cheekbones.

I think she’s a model. Aiden seems to be a magnet for them.

She shakes her head as if not quite sure how to answer. “I just feel like there wasn’t enough closure with us.”

“Closure.” I nod in understanding. “Of course.”

Then I suggest the perfect solution.

It’s not something I came up with on my own. It first happened last year, when a girl came over hoping to find Aiden at the condo and instead found me. After a few hours of talking (all her), she begged me to let her take one of Aiden’s t-shirts. I felt helpless. She didn’t want to leave. What was I supposed to do?

“Maddie!” Aiden yells as soon as he gets home.

It’s later that night. I’m in my room, on my bed, watching a Korean drama on my laptop with my headphones on.

“Maddie!” he shouts again when he’s at my door. He doesn’t even knock, just pushes it open and leans on the doorframe, all six-plus feet of him.

He doesn’t smile in return. His jaw is locked. His refined features don’t have any softness to them, at least not right now.

“Did Kelly come by today?” His eyes narrow like he’s going to assess my next words and determine whether I’m guilty or innocent.