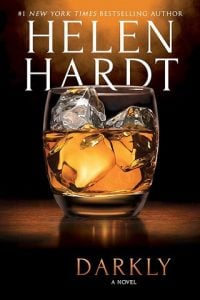 I don’t think about Addison Ames much anymore, but sometimes the past inevitably collides with the present—like when I check my Instagram, which also doesn’t happen often.

I have no idea how many followers—other than it’s in the millions—I have on my Instagram, which is run by my social media team for the most part. Me? I don’t have time for social media, but the team insists I post every couple of days, and that it has to come from me, to make it personal.

I’m not sure why anyone gives a damn what I’m doing, but apparently Boston’s Blue Collar Billionaire is everyone’s business.

I’m a private person by nature, so posing in front of a camera and a team of photographers isn’t on my to-do list, either, but I complied, resulting in a spread in GQ magazine that I’d prefer to forget. Apparently it matters what I look like in skivvies.

Apparently it matters to a lot of people.

And so does social media.

So no matter how much I hate it, I post on Instagram once a week. My phone is set up to remind me, so when it buzzes this morning with the dreaded admonition, I pull up my account.

And I see Addison Ames’s fake smile as she holds up a cup of some hipster drink from a new place called Bean There Done That.

Hanging out at the new Bean There Done That coffee shop in downtown Boston. The cinnamon mocha latte is to die for! @beantheredonethat #sponsored #coffeeisdope #coffeeaddict #coffee #latte #beantheredonethat

She reviles the stuff. I should know. We have a…history.

That history I try not to dwell on.

Or maybe I’m just sick and tired of all the fakeness in the world, and I detest my part in it.

Addie already has hundreds of comments and thousands of likes for a post that only went live fifteen minutes ago.

Love me some cinnamon mocha latte! Love your lip gloss. What’s the brand?

Bean There is the greatest! #whoneedsstarbucks You and I both love cinnamon mocha lattes!

More and more of the same.

Before I even realize it consciously, I’m typing a comment. I push Send.

I instantly regret it, because snideness isn’t my style. The past is the past, and to be honest, part of me admires Addison Ames. She’s making a cushy living as an Instagram influencer with millions of followers. She’s a hotel heiress, but she’s not living off Daddy’s money. Or maybe she is, but she’s at least contributing to her own expenses.

Yeah, I should delete the comment. I swipe my finger over it, and the red trash can appears. I hover then, my thoughts hurling back through time…

I don’t delete it.

I’ll never forget her part in what ultimately happened all those years ago, so all admiration aside, I can’t let her off the hook. Not this time. I just won’t lower myself to her level again.

I shove my phone into my pocket without posting on my own account and gather some documents for my scheduled meeting with Legal. The earlier phone call with the supplier has put a kink in one of our larger contracts, and I’m not looking forward to informing my attorneys.

I whisk by my assistant, Claire. “No disturbances during this meeting,” I tell her. “Please let Reception know.”

My brother, Ben, and three of our lawyers are seated.

Already, the headache is clawing its way across my skull.

A grueling two hours later, I head back to my office.

She hands me a few message slips. I’m kind of old school. I like written messages. Voicemail is fine for personal use, but for work, I want a paper trail. Nothing gets lost in the shuffle—or erased—on my watch. I learned that lesson the hard way long ago.

I leaf through the messages.

“There was one problem, though,” Claire says.

I raise my eyebrows and meet her gaze. “What’s that?”

“Cindy down at Reception got a call from Addison Ames.”

I frown. I guess I should have seen that coming. Why didn’t she just delete my comment and move on? “What happened?”

“Apparently she demanded to leave you a voice message. Cindy was a little shaken.”

Shaken? Anyone working for me can’t be easily shaken. I make sure of it. Which means Addie was being extra bitchy.

I close the door to my office, sit down at my desk, and call down to Reception.