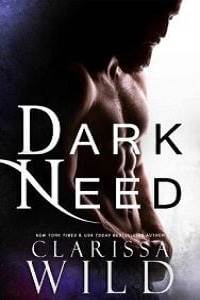 “If I had A Heart” by Fever Ray

“Eyes on Fire” by Blue Foundation

“I Will Fall For You” by Sidi Larbi Cherkaoui & Woodkid

“Wolf Totem” by The HU

“Find You” by Ruelle

“My Name Is Human” by Highly Suspect

“Queen Of The Damned” by Secession Studios & Greg Dombrowski

The first time I saw her, I couldn’t stop staring at her chest as it rose and fell with every scared breath she took.

With her soft white dress, dark hair that curled around her neck, and sweet, voluptuous lips that shuddered as she was guided around, she captured every inch of my body.

Even when I knew it was forbidden.

Even when I knew my only job was to hurt people … instead of craving them.

But I craved her.

One innocent gaze, one pleading stare thrown in my direction was all it took … to make me want. To stir something inside me that I had never, ever felt before.

And when the moment passed, and she continued her solemn walk through the House as she was guided to her room where she would remain a captive, I knew.

I knew I would lose control one day and make her mine.

In the dark of night, I’m dragged out of my bed.

It takes me ages to come to my senses, my mind still enraptured by the dream I cannot escape. I’m still half-asleep, my feet still touching the grass surrounding the huts at the Holy Land, every step feeling like I’m wandering farther and farther away from home.

Home … that tiny house in a rural town, a place I once knew before I was taken.

Before I became a prisoner to a cult.

My eyes spring open, and I’m here, in the flesh, back in the present, but this new room in this new house I’m in is still a waking nightmare. And a man’s hand is clutched firmly around my wrist as he hauls me straight out of my bed.

“What are you doing?” I mutter, still sleep drunk, my body shivering from the warm blanket suddenly being torn away from me.

It’s only when I’ve blinked a couple of times that I realize who is tugging me along.

One of the three men who keeps me captive here in this godforsaken house.

The quiet, beefy one with the blond beard who rarely speaks has come to take me away … again.

Where will I go this time? Another cult?

Have I disappointed yet another group of men?

Snide remarks come to mind, and in a moment of bravery, I tear my hand away from his grip and say, “No.”

He stops in his tracks, but it is only when he raises his shoulders, straightens his posture, and arches his back that I realize just how huge and muscular he really is. And how tiny I am in comparison.

Slowly, he spins on his heels, every inch of his thick, veiny muscles straining against the flimsy shirt he’s wearing. When his piercing blue eyes bore into mine, I’m momentarily at a loss of words … and breath.

One step of his giant feet is all it takes to make me back down, to make me want to cower, but my mind tells me not to be swayed by his attempt to intimidate me.

What is he going to do?

After all, he isn’t the one in charge.

One of the other two men who runs this place is Eli.

And when Eli tells him not to damage the goods, he’ll definitely take that to heart.

These men aren’t like the men from the Holy Land. They’re not here to satisfy their own needs. They’re here to punish me for mine.

But I refuse to let my own suffering make me feel guilty for what happened to me.

Not even as Soren stares at me with his jaw clenched and his muscles taut and threatening do I waver in my ability to speak up for what’s right.

“Let me go,” I say, trying to maintain my composure even as I’m facing a beast of a man.

The only response I get is a brief bear-like grunt. His nostrils flare, and he holds out his hand. “Come.”

My eyes narrow, and so do his.

It’s not a question.

And I don’t know if I want to find out what happens if I don’t listen.

It’s the middle of the night. There’s no reason this can’t wait until morning … unless something is about to happen.

His eyes widen, and his face becomes menacing. Suddenly, he grabs my wrist again and drags me along with him. “Follow.”