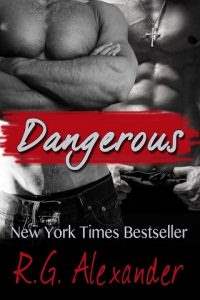 “Are all Marines this lazy in the morning?”

The amused male voice in Brady Finn’s ear sounded familiar, but he didn’t have a chance to wonder why or respond to the question. As soon as he tried to move, his head began to throb so violently it felt like it was preparing to rip itself off his body. He almost wished it would. “Oh God.”

He lowered his arms from their position over his head and dragged his palms slowly down his face, willing his brain to function and the tips of his hair to stop hurting. Why the hell did his hair hurt?

The pub. He’d been at the pub. He’d had a drink and played a game of darts with his cousin Seamus, listening to his renovation plans for the bar and trying not to think about where he was going to go now that he’d left Owen and Jeremy’s guest room. Of course then Owen had surprised him by showing up to talk and buying him another round of what he’d been drinking.

Rum. He remembered the rum.

Now every cell in his body was rebelling against him and he was in a strange bed with no memory of what he’d done last night after he got halfway through the second bottle.

The body beside him shifted and he rethought that last statement. He had no memory of who he’d done last night. Shit.

Brady carefully squinted against the brightness of the bedroom. At first all he could see through his lashes was a smile—gleaming white teeth framed by lips that were made for every wicked thing a man could imagine. He would know that mouth anywhere.

It belonged to Kenneth Tanaka.

Maybe he was still asleep. The pain was reminiscent of one of his nightmares, but the scenes that haunted him didn’t usually include waking up beside a man he’d lusted after for months. That was a completely different type of torture.

It couldn’t be Tanaka. Brady hadn’t seen the tempting computer hacker in nearly five weeks. Not since Stephen’s wedding reception. He’d had a little to drink that night too, but he remembered every second of their last encounter, and the vow he’d made the next morning not to finish what he’d started with the kinky bastard. No matter how much he wanted to.

The soft laugh sounded like loud, angry bells to his sensitive ears. “You’re not looking so good, Finn. Rough night?”

It was him. Son of a bitch.

“Water,” Brady rasped, his throat raw and dry and his need to delay a morning-after conversation paramount in his mind. “I need water.”

All of it. He needed every drop the man could find. And then, when he was hydrated enough to move, he was planning on throwing up, hopefully in private, preferably in a seedy motel where no one would think to look for him and he could suffer in peace.

The bed bounced lightly when Ken rolled off and Brady groaned. “I’m dying.”

“Sit up first. I brought you something to drink.”

Water? His movements were clumsy and leaden as he twisted so he could plant his feet on the smooth wood floor. He stifled another groan and rested his aching head in his rough, wide palms. “I don’t get hangovers. I never get hangovers.”

His brothers always said he had the constitution of an ox. Specifically Babe the Blue Ox—because giant references never got old in his family. It was a challenge to get him tipsy, and he’d never gotten so hammered he blacked out. He left that to the more adventurous Finns.

Speaking of his drinking buddy… “Owen?”

“Your cousin is fine,” Ken assured him wryly. “It’s barely eleven-thirty and he’s already called your phone five times.” He took one of Brady’s hands in his and wrapped his fingers around a hot cup. “And he’s not the only one who called and left a message. Don’t drop that—drink it so you can tell them the bad man didn’t leave you in a tub of ice without your kidneys.”

Eleven-thirty? How had he slept so long?

You got drunk and passed out. Keep up, moron.

“Keep your voice down,” he grumbled at Ken and the voice in his head. “At least until the room stops spinning.”

Ken lowered his voice obediently. “This should help.”

Brady managed to raise his head enough to study the steaming cup in his hand. The brown liquid smelled like cloying incense and wet burlap. Definitely not water. “What is it?” he asked suspiciously. “Poison?”

“This is the antidote. You’ve never had a hangover? Well I’ve never had a naked man get sick in my bed. I like this bed and when I’m in it I like thinking about healthy naked men. So drink. All of it.”

Brady gulped it down without another word, willing to do whatever it took to find relief while he adjusted to the reality of his situation. The task would be easier if he knew where his clothes were.