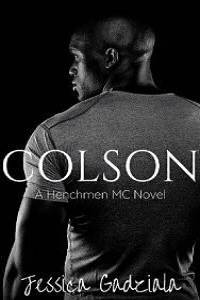 The supply chain was unsteady.

After a couple decades of this shit, I'd like to think I could tell when the market was hitting a normal lull, and when something else was going on.

I'd bet my savings on it being the latter.

Or someone was fucking with us.

The question was who.

Who the hell would fuck with us now, of all times? When things were stable? When the wars had been waged? When we had secured the market in the area.

Yeah, there would always be competition. There would always be someone trying to take what was yours. But, generally speaking, you went for the lowest men on the totem pole first. You didn't go right up to the top and try to take out the most successful player in the game in the area. And from what I could tell, all the lesser gun runners were doing fine. Not thriving like we had been for a long time, but not hurting, either. And if we were hurting they damn well should have been. If it was a market thing.

We were being targeted.

Someone was trying to take what was ours.

The problem was—who the fuck was holding a grudge now? Or maybe it wasn't about old grievances. Maybe it was about balls. They wanted the bragging rights they'd get by cutting the supply chain to the longest-running arms-dealing operation in the tristate area?

Yeah, I could see it being that.

No one else was stupid enough to fuck with an established organization.

"Fuck," I sighed, pulling off my helmet, raking a hand down my face, feeling the stubble scratch my fingers.

I'd been suspecting things for weeks, but as one of my oldest contacts suddenly stopped responding to me, it was time to bring the others into the fold.

We were having church.

The bikes were all lined up. The wet dirt and gleaming chrome implying that someone had been fucking with the prospects for the past couple of hours.

A tired smile tugged at my lips as I climbed off my bike. It was nice to have things back to normal, to have the patched guys forcing pointless busy work on the new ones. Even if two of those new ones were my sons. They got no special treatment because of their relation. If anything, they got dragged even more than any other prospective members did.

Which was just as well. Fallon needed some humility. Finn needed some toughening up. It built character to scrub the toilet with a toothbrush and wash and rewash twenty-something bikes multiple times a day.

If I knew the prospects—and I did seeing as they all grew up in the club, save for two—then I knew how they were handling it.

Fallon was cursing under his breath, but doing his damndest to make sure that everything was done perfectly. The oldest son of the president had a lot to prove.

Finn was doing the bare minimum, rolling his eyes at his brother when he ragged on him for his lack of work ethic. Malc was seeking out any job that involved being outside. All of them were likely having a rough time adjusting to living together in the barracks-style bedroom, never having a chance to get away from each other, always having to tolerate one another's bullshit.

They'd been raised as siblings, as cousins, but becoming brothers in this way required more of them.

They were learning the toll that took on them.

"Yo, you," I called to Brooks—one of the two non-legacy prospects—a kid all of nineteen with dark skin, light brown eyes, and the build of a high school linebacker. Finn had brought him around to one of the barbecues. And after a couple weeks of listening to my son bitch about thinking he would be a good addition to the club, I let him join the prospects.

He was humbler than Fallon, a better worker than Finn, and more communicative than Malc. As it turned out, Finn was right. He was a balance they needed. Someone young and hungry, but more hardened by life, someone who wanted this for a reason that had nothing to do with legacy.

"Yeah, Pres?" he asked, jogging over.

"I need you to round up the other prospects. Then I need you all to check every inch of the perimeter fence for breaks." It was a big yard. It would keep them busy well beyond church being over. And judging by the small tug at Brooks's lips, he knew that as well, and was looking forward to being the one to give the bad news to the others.

"Oh, and tell my son that my bike needs cleaning too," I added, feeling my own lips curve up.

"Whichever one wants to prove himself more today."

They'd fight over it. Fallon and Finn. While Fallon was the more ambitious of the two, Finn had always been hungry for approval from me.