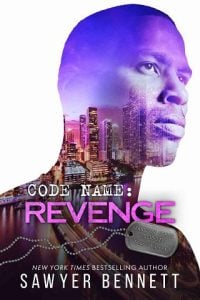 No one thought it strange, least of all me, that Greer and Ladd wasted no time in getting married. They were on the verge of doing just such a thing twelve years ago when mutual stupidity drove them apart. I feel I can say that in a judgmental tone because I, too, have done such a thing. But we all have regrets in life, many of which aren’t fixable.

Luckily for the new Mr. and Mrs. McDermott, theirs was easy enough to repair.

Since neither Greer nor Ladd are overly religious, they chose to have the ceremony in a community hall in Upper St. Clair, which is where Ladd lives. From the time he went to California to retrieve the one who got away until the exchange of vows, a mere four days passed. Greer had no family to worry about in terms of schedule and ability to fly in for the wedding, and Ladd’s parents live in Ohio. They own a flooring company and had no problem taking a few days off to come see their son get married for the second time, but to the woman he should’ve been wed to all along.

Many people were deeply touched that Greer asked Ladd’s ex-wife, Britney, to be her matron of honor. Weird? Yes, but also just very right. I’ve always admired Ladd and Britney’s ability to maintain a steadfast friendship even after their divorce, and Britney has become fast friends with Greer.

The actual ceremony was short but heartfelt, and what followed was an immense party filled with good food, even better liquor, and a really crappy-looking wedding cake from the local grocery store since there was no time to have a decent one made. Ladd wore a tailored suit, just one of many he has to have for our line of work when formal attire is needed. Greer went about as nontraditional as one could get and opted for a blood-red cocktail dress that she happened to have in her array of clothing. They made a striking couple, not only because of their near-perfect good looks, but because they looked like two halves of a whole coming together.

I normally don’t wax poetic about this sort of shit, given that I’ve been unsuccessful in love, but that doesn’t mean I can’t take joy in my friend’s happiness.

My gaze sweeps across the room of mostly Jameson employees and a few outside friends. Groups of two, three, four, and five people talk and laugh. There was no time to get a DJ, so music spins from an iPhone hooked to Bluetooth speakers. Cage and Jaime are the only ones dancing, looking like quite the fools. But I suppose the fact that they can be silly together is a testament to how right they are for each other. After all, Cage married her under false pretenses, telling her he was a used car salesman rather than a secret security agent. It took Jaime getting kidnapped—and Cage saving her—for the truth to come out. Luckily, she’s a forgiving soul.

My eyes land on Kynan, the man who started this company, who’s considered the patriarch of the Jameson family. He served as Ladd’s best man.

Kynan stands with his hand wound around his wife Joslyn as they talk with Camille and Jackson. Kynan and Joslyn are very much like Greer and Ladd, having been in love long ago and with that common theme of stupidity tearing them apart. Their second chance is working out nicely. Camille and Jackson are newly in love. He was assigned as her bodyguard and fell in love with the royal princess who stands to inherit not only a country but the world’s largest and wealthiest ruby mine. Many would call him a lucky son of a bitch for those reasons alone, but he scored big time by the mere fact that Camille is an incredibly genuine and down-to-earth woman. She doesn’t give a rat’s ass about her wealth and only wants to help people. I suspect we’ll all be in Bretaria in about a year’s time for their wedding, but no official word on that yet.

Saint Bellinger and Cruce Britton are elbow to elbow talking about something. They’re thick as thieves, which is quite funny since Saint used to be a professional thief. Their wives, Sin and Barrett, are also close friends, but they couldn’t be more different. Sin was also a professional thief, and Barrett is a world-renowned physicist whose IQ actually rivals mine; she’s also the president’s niece.

And yet, when we have Jameson functions, those two are joined at the hip. I expect it’s because their husbands were involved in early missions when Kynan first took control of Jameson, so they’ve been around the longest.

Sin is pregnant, due in July, I believe, and I notice a lot of low whispering between the women. The fact that Barrett is not drinking alcohol leads me to believe we might have another Jameson baby on the horizon.