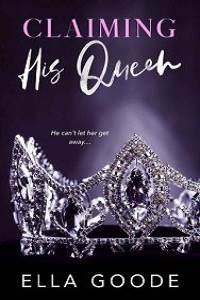 My crew of nearly fifty is dead silent as Poppy’s body is brought in. Bran, Hunt, Kailler, and Pole, my lieutenants, lift the blanket that he’s resting on and place it—and him—on my desk. Jason Chu, my predecessor, ordered the massive oak and steel contraption for me when he retired. When I protested that it was too big, he said that I was a criminal and that I wasn’t going to be running some Wall Street investment firm. Chu didn’t mean for me to use the desk as a death pyre. We lost plenty of men during his reign, and Chu paid his respects to all of them, but not one dead body passed into his office.

Maybe I would have done the same as Chu if he hadn’t been killed in this very room on the one-year anniversary of his retirement by Access, who’d wanted the position I held and didn’t get it. None of us clocked to his simmering resentment until it was too late. He’d knifed Chu in the back and then slit his own throat. We left Access on the floor but lifted Chu onto the desk to try to revive him, but the knife point had arrowed true, right into my leader’s heart. He didn’t even have a dying last word; his last breath had been the one he gasped before falling to the ground.

Access’s blood ruined the ten thousand dollar hand-loomed wool rug while Chu’s blood seeped into the grain of the oak surface. I couldn’t bring myself to get rid of the desk, and every day I sat at it, I was reminded of my duty to Chu. It took me a year to track down all of Access’s associates, family, friends. I killed and destroyed all of them, and in the battle, if a soldier was lost, he was brought here to be honored and remembered. When I sit at this desk, I know it is because of those who have given their life for our family, and I do not rest for a moment.

Poppy wasn’t the first body that’s been stretched out here, and it won’t be the last either, but it’s been a while, at least five years, since a casualty of war has been laid here.

Each member of the crew pays his or her respects before leaving. When the office is empty but for Kailler, I give the order with an upward jerk of my chin. Parks exits immediately, and thirty seconds later, Karin Vieth walks in. Her looks are consistent with her German heritage—light brown hair and light brown eyes. She has known associates in Baden-Württemberg who are active in the international arms trade, but locally, she moves stolen goods, mostly jewelry and tech. She has a small but active crew made up of mostly women. She’d be someone I could admire if she hadn’t killed Poppy, but now I will have to destroy her, her associates, and every person she loves. That’s how I keep my people safe.

I stand behind my desk, behind the still body of Poppy, and wait for Karin to speak. She’ll begin with a bargain, a deal, as if people can be replaced by stacks of money.

Karin clears her throat and folds her hands in front of her waist to disguise the slight tremble she was beginning to exhibit. “What do you want?”

“Poppy to be alive.”

She snorts. “Then he shouldn’t have been in my territory.”

“Are you killing people that wander into your territory? I had not heard that those were the rules of engagement. I’ll make a note of that.” I signal for Notch to send out an alert. “All trespassers shall be shot on sight,” I instruct.

My right-hand woman pulls out her phone.

Karin holds up a hand. “Wait.”

“Notch does not work for you. She does not take orders from you,” I say quietly.

“Fine. You order her to stop.”

I shake my head. “I don’t take orders from you either.”

I arch an eyebrow toward Karin. It’s her move. She does not want to humble herself to me, but there’s no way out of this mess she made for herself. She clenches her jaw and grinds out the single word. “Please.”

We have more to discuss, and it will all be painful for Karin, so I don’t toy with her. “Stand down, Notch.”

Silently, she tucks her phone away. I turn back to Karin. “Let’s try again. Why is Poppy dead?”

Years of practice keeps the shock from showing, but surprise flickers across Notch’s face. “In what way?” I ask. Hurt is a big term and could encompass everything from accidental to intentional harm, both physical or emotional. Was he dating someone? Karin is known to hire girls based on their looks. She likes them pretty because it’s easier for an attractive person to run a con, so Poppy could have fallen for one of Karin’s girls and run into some trouble that way.