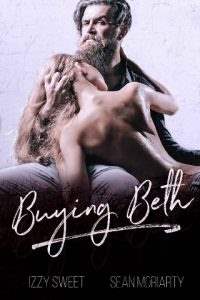 It’s already in the fucking twenties right now in Neryungri, Russia. Back home in Garden City, it’s in the eighties to nineties. Not fucking here, though. No, right fucking here it’s cold and fucking wintery.

Fuck this country and these cold-ass fucking snow flurries.

I don’t like seeing snow in September, it’s just not right. The sky doesn’t look like it’s going to ease the fuck up, so it’s probably only going to get worse.

That’s my fucking luck so far on this little job. I’ve been in Russia for almost three weeks now. Trailing a sack of shit from one city to the next, then chasing him from town to town.

Little fucker has a sixth sense when it comes to trouble. I’m fucking certain he doesn’t know I’m after him, but he hasn’t stayed in one place long enough for me to get to his ass.

He knows he fucked up in Garden City by trying to help Ivan, the man who tried to take Andrew’s daughter, Abigail, and hurt Lucifer’s daughter, Evelyn. It’s been a madhouse full of rage for those two over the past few months. It’s been kill this man, and find this guy, for just about any Russian our guys could get a lead on.

Then the little evil prick that he is, Simon, gets a lead on Yuri Popov.

Yuri Popov is a shitstain of a human being. Just like Ivan, he never got his hands dirty. He just pushed money into the hands of the people who would. He’s a bit nastier than Ivan was, though. Ivan got all his money from his ruthless determination and his wife’s deep pockets.

When he had enough money over in Russia, he bought his disgusting way to America. Leaving his business behind, he started running drugs and slaves out of small border crossing towns down in Texas. He still has operations down there too, but he had to hightail it out of America when he got word of Ivan getting toasted.

That’s when our shitboy, Yuri, decided to head back home to the motherland.

Not that they are especially happy to have a child pornographer back. Still, he has the money and connections to run and hide for a good long while… except Simon and Lucifer aren’t going to allow it.

Looking back up to the sky one last time, I growl at it. This fucking cold weather.

Standing on top of the building ledge in this shitty little town, I can’t fathom why every building looks so uniform and block style. It must be the former communist way of building things, I guess.

There’s a roof access hatch beside me, and with the one piece of luck I’ve had this whole shitty trip, I was able to jimmy it open.

Two-thirty in the morning should be a good time to sneak in, but for the last twenty minutes, I’ve been listening to a man and his woman screaming at each other drunkenly over some shit I can’t figure out.

They’ve got five more minutes before I go in regardless.

The small camera I have inside of Yuri’s father’s apartment shows he passed out on the couch about two hours ago. Shithead took some pills and drank some cheapass vodka. He should be sufficiently out of it while I break in.

Five minutes later, I’ve finally figured out the couple fighting below me are screaming something about him stealing her cigarettes and her fucking his brother.

I’m pretty sure the fight isn’t going to end any time soon.

The live feed from Yuri’s apartment shows him still passed out. Pulling the black ski mask over my face, I then snap and check once more that the leather gloves on my hands are tight.

Moving to the roof access, I lift it up as silently as possible. The woman wailing like a banshee as she protests her innocence helps a lot with covering the sound.

Moving down the ladder quickly, I have two doors to choose from, left or right. I avoid the door where all the screaming is come from and kneel before Yuri’s door.

Pulling out a small set of picks, I quickly unlatch the first lock then move up to the second one.

It’s a deadbolt, but there are ways to bypass these fuckers.

I push the door open just barely to test if the chain has been set. Pulling a pair of bolt cutters form my backpack, I snip the chain during an extended wail from the lady across the hall.

Opening the door quickly, I enter the living room and shut the door as quickly and quietly as I can.

Looking left, I spot Yuri still passed out on the couch, his chest rising and falling steadily. I watch for a moment to make sure I haven’t disturbed him before I take quick, quiet steps back to his father’s bedroom.

The door is open, and splayed out on the bed is an elderly old man.