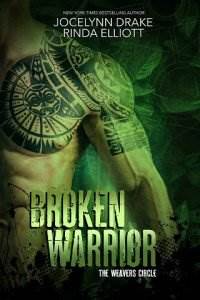 His body refused to work right. He stumbled, his feet struggling with empty air and even pavement.

The world tilted again, and his shoulder slammed into a rough brick wall, but the flash of pain was nothing compared to his head. Fuck, my head.

Pain sliced through his temples and pierced his eyes. He could barely make out the trash-strewn alley with its piles of battered garbage cans and heaps of refuse. Filthy brick walls stood on either side of him. A little light tried to push against the darkness.

It would have been better off if he couldn’t see at all.

No, he needed to see. They were after him again.

Clay squeezed his eyes shut and focused on breathing for a few seconds. Stress always made the headaches worse. Something was squeezing his fucking brain out his damn ears like cold macaroni. Rank odors of rotten food, urine, and…God, he didn’t even fucking know rose up to tease his nose. A good distraction from the pain.

After a few breaths, the headache receded enough for him to blink his eyes open. It was his third in as many days. Not only were they becoming more frequent, but the intensity was increasing. The over-the-counter drugs barely made a dent anymore.

A smart person would go to the doctor and check to make sure he didn’t have a fucking tumor growing. But no insurance meant no costly scans. And he sure as shit couldn’t settle in one place long enough to find a doctor to have a look at his head.

No point in trying to get his head fixed if some assholes were waiting around the corner to cut it off.

He didn’t even know who they were. They first appeared six months ago when he was passing through Cleveland. He’d taken a job bouncing at a downtown bar with a less than pristine reputation. Three guys came in and watched him no matter where he went in the club. Malice rolled off them in sickening waves. His skin had crawled; his stomach had churned.

And then there was the smell.

He’d not gotten too close, but it was like they’d bathed in rotten meat. The godawful stench had crept across the bar and sought him out. None of his coworkers or even the customers seemed to notice it. But the damn smell had forced him outside again and again so he could breathe.

But despite their vigilant gazes, they never came near him. When he finally got up the nerve to approach them, they left.

They returned the next night and followed him to his car, but this time, their numbers had doubled to six. Clay fucking ran. He might know how to handle himself in a fight, but it was suicide to fight six assholes alone.

The next time he was scheduled to work, the goddamn bar went up in flames. Three of them grabbed him as he tried to get people out. He barely escaped with his life, but those three burned with the building.

Six months of running, and he still had no idea who was chasing him or why. The only thing he was sure of was that they wanted him dead. That was the only information he could get out of them. The people changed, and so did their numbers: sometimes it was three or six or eight, but never only one.

The constant travel wasn’t out of the norm. Since leaving home at eighteen, he’d crisscrossed the United States twice, never staying in one place for more than a few months at a time. Just long enough to earn money for food and gas to get him to the next city.

But he could do without constantly looking over his shoulder.

His nose was now perpetually tuned to pick up that smell of dead, rotting meat wafting in the air.

Sometimes he was even lucky enough to spot them before they spotted him.

Today wasn’t one of those days.

He’d stopped at a mom-and-pop grocery store for some protein bars and toothpaste. Money was running low. Down to his last fifty bucks. Too much running and not enough working.

Standing in the rear of the store, he frowned at the various boxes of toothpaste. Had life been shitty enough recently to spring for the pricier name brand? Clay scrubbed a hand over his face and nearly laughed. It was a sad day when the brand of toothpaste was considered a treat.

He grabbed a box of the cheap shit and headed to the cash register, but he halted before he got more than a few feet. They’d left one guy at the door. Dark hair, dark eyes, and a completely forgettable face. But they all seemed utterly forgettable. The fucker smiled, and Clay backpedaled.

Weaving through aisles, heart pounding like it wanted to bust out of his chest, he worked his way to the rear of the store. He had to get out of there and to his car. Find some other nowhere town in Georgia to get his toothpaste and protein bars.