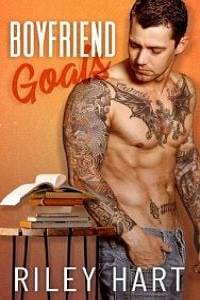 I liked it well enough. The whole point was to get you off, and most of the time when I tried, I succeeded even if it took a while. I just didn’t understand all the grunting and loud noises. All the exaggerated sounds and pleas of fuck me. I mean, why did he have to beg the other guy to do what he was already doing? Why did he continue to ask for what he already had? From the look of pleasure on the top’s face, I didn’t think he would be stopping anytime soon, so why didn’t the bottom just shut up and enjoy the ride?

I stroked my hand up and down my shaft before glancing at the clock on the nightstand. I kept it there despite my phone sitting beside it because…well, just because. I didn’t need a reason.

I only had five more minutes. If I didn’t come before that, I’d have to stop because it would be time to start getting ready for work. Nighttime jack-off sessions were easier to squeeze in, but I had a million things on my plate today, and I’d already decided I needed to go to bed early.

My gaze traveled back to the TV. “Yes, fuck. Oh my God. Right there.”

I would never be able to say those things—and I might never trust someone enough to have sex with them at all, but I chose not to concentrate on that at the moment.

I used my free hand to hit Mute on the remote. Sometimes I could finish with the annoying dirty pleas, other times I couldn’t. Apparently today was going to fall into the latter category.

The blissful silence helped some. I paid attention to the cock pounding in and out of the bottom and…oh, there we go, my dick was hardening again. My balls were full, my cock throbbing, and I really wondered what that would feel like—to be inside someone or to have them inside me…maybe. I hadn’t decided if I’d ever be able to bottom. Whomever I slept with had to be okay with that. And he had to be nice…and hot…maybe a little bigger than me, but not one of those meathead guys because…just no. Someone who was interesting. I really wanted to have sex with someone interesting. And who didn’t annoy me, but that was really hard not to do. Most people frustrated me sometimes, but he wouldn’t…oh… I squeezed tighter, stroked faster, before playing with my nuts, which was one of my favorite things.

A really hot guy who wasn’t irritating and didn’t make strange sex noises and didn’t want me to ask him to do what he was already doing.

Heat shot up my spine. My balls drew up, my vision blurry as I shot my load all over my chest.

I fell back into my pillows, breathed a couple of deep breaths because that had felt so good. Only now the sticky release on my skin pulled all my attention. I didn’t typically like strange fluids touching me—or anything, really. Ketchup was the worst. Who could eat that stuff? I got it on my hand once as a kid. I swear I nearly died.

But cum…I kind of liked that. I’d never eaten it or anything because I’d only been around my own—and that was definitely not something I ever planned to do—but I was curious about it. I liked the feel of it on my skin because it represented pleasure, something I was more interested in than I could explain.

Pleasure was basically the best thing ever, next to not wearing pants.

I looked over just as my five minutes were up. Perfect timing.

I made my way into the en suite. I wiped my release away before turning on the shower to just the right temperature. I went back into my bedroom for my underwear, work shirt, and tie. I laid them on the bed, took my shower, brushed my teeth, then pulled on the clothes I’d laid out.

It was Monday, which meant two scrambled eggs, toast, and oatmeal. I didn’t do coffee, something my mom didn’t understand. I was pretty sure it pumped through her veins.

I didn’t always eat the same foods for every meal, but I tried to for breakfast, especially Mondays. I liked to start my days a certain way, and the beginning of my workweek never wavered. It was the most important meal of the day after all. Over the years, I’d learned to be more flexible with lunch and dinner.