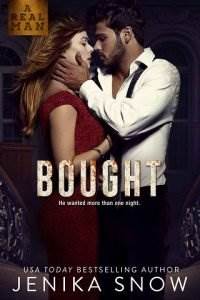 “You’re out of your damn mind,” I said, the shock thick in my voice as I stared at my best friend, Patrice. We sat at my kitchen table, her phone sitting on the top, the picture on the screen showing the charity event she was helping organize later this month.

“Beatrix, it’s literally for one night. And you don’t have to do anything but stand up there, look pretty, and let men bid on you.”

I was shaking my head before she even stopped talking. “Patrice, I’m not selling myself. That would make me some kind of… prostitute.”

She rolled her eyes and had an exaggerated expression on her face. “A prostitute? Really?” She leaned forward and tapped her finger on the screen of her phone. “B, it’s for charity. I’m not asking you to sleep with the guy who wins. Just go on a date with him, let him wine and dine you.”

I was shaking my head again, but I lowered my gaze to her phone. Patrice did incredible charity work, raising money for domestic violence survivors at a nonprofit organization. She worked with companies that were worth millions, and said companies never said no to some promotion. And even though I knew this charity auction and was for a good cause, I was still so hesitant.

“All you have to do is look pretty and let some rich guy take you out for one night. That’s it,” she repeated.

“Yeah. I know,” I said softly. But the thought of putting myself out there to be bid on like a piece of meat instantly seemed abhorrent.

“B, we’re short on girls. And although I know this really isn’t your cup of tea, you’d be doing me a huge favor.” She gave me this pathetic smile, knowing it would pull at my heartstrings. “Not only that, just think of all the good you will be doing. Think of all the women and children you’ll be helping, the money you’ll help raise.” She tapped on the screen of her cell phone again as if to emphasize her point, drill it home. “All the bidders have been vetted. They’re all successful businessman, and I’m sure some are young and handsome.”

I cringed at that last part. “So my winning bidder might be my grandpa’s age?” I lifted an eyebrow, and she gave me a sheepish shrug.

“Well, the old ones are the ones who have deep pockets.” She gave me a new smile that looked forced, a little strained.

All I could do was internally cringe. “Great, knowing my luck, I’ll get someone old dude who wants me to sit on his lap so he can pet my hair.”

Patrice started laughing uncontrollably, but I was being serious, unfortunately.

I wouldn’t say no; I had every intention of helping Patrice. I couldn’t even imagine not helping her do good. But the truth was, standing on a podium being auctioned off to the highest bidder? It intimidated me. It scared me a little. The expression I gave her had Patrice smiling. She knew she’d won, that I’d give in eventually.

I rolled my eyes but couldn’t help the smile that played over my face.

“We’ll doll you up and put you in one of the fancy, expensive dresses the boutique is donating for the night. You’re going to look like a supermodel, although you don’t need all the prepping and primping. You’re naturally beautiful.”

I rolled my eyes again but felt my cheeks heat. Her compliments made me uncomfortable in the way when someone said something nice about you but you just didn’t believe them.

I didn’t know how this would end up, but I could handle one night with a stranger if it meant it was for a good cause. It couldn’t be the absolute worst thing I’d ever done in my life, right?

I signed my signature on the document and Starla, my personal assistant, took the paperwork and added it to the stack of folders she held.

“Is there anything else you need from me, Mr. Mathis?”

I shook my head and glanced at her. “No, thank you, Starla. You’re free to go and take the rest the day off if you like.”

She turned to leave, and I leaned back in my chair and ran my hand over my hair, the strands getting a little too long for my liking. I’d have to have Neil, my barber, tend to it.

Starla stopped and looked over her shoulder, her hand poised on the handle of my office door. “Also, a reminder, Mr. Mathis. You have the charity event this Saturday.”

I thought about the event she was referencing. I had so many events, galas, business meeting, and dinners that I attended on a monthly basis that they tended to blur together most of the time. But thankfully, Starla knew all of this at the drop of a hat. She organized my work life and made it so everything ran like a well-oiled machine.