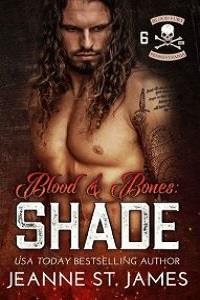 The sweetness of the chocolate and vanilla swirl coated his tongue as soon as he took a lick.

His mommy knew just how much, too. It was why every time she dragged him to the big building with all the busy stores, and the even bigger parking lot, she bought him an ice cream cone.

Because he’d been a good boy.

He hated this place, but sometimes it was worth going with her just to get his special treat. It had to be a swirl.

He followed his mommy out the doors and into the night, his sticky fingers leaving marks on the glass. His mommy had taught him to look both ways before stepping out into the street so he didn’t get smashed by a car.

This wasn’t really a street, but cars still drove on it. Sometimes really fast.

Most of the time she made him hold her hand so he’d keep up. She told him it was because he got “distracted.” He didn’t understand what she meant.

Tonight her hands were so full with bags, she couldn’t hold his.

One time when she wasn’t holding his hand, he forgot to look. She grabbed his elbow, jerked him back onto the sidewalk, yanked his arm straight up and swatted his butt really hard.

It made him cry.

She cried, too, and tried to hide it. But he saw it and it made him cry more.

When Daddy left, she cried all the time.

He’d climb into her lap and put his hand on her wet cheeks and ask why she was crying. Did she miss Daddy?

She’d hug him close and never answer him. But the hug felt good, because he missed his daddy, too.

Julian didn’t know what he did wrong to make his daddy never come back. His mommy would tell him he didn’t do anything, but Julian didn’t believe her.

Maybe he’d been bad. Maybe Daddy was mad at him.

Now Daddy was gone, Mommy always brought him with her to this place.

The place with all the people and cars.

The place where he sometimes got spanked, but also got ice cream.

He looked both ways again because he couldn’t remember if he already did. Maybe that was what Mommy meant by him being “distracted.”

Sometimes he had to think really, really hard to follow what she said or remember what she taught him, so he wouldn’t get a spanking.

She always said those spankings were for his own good. So, he guessed that was okay.

He wanted to be good for his mommy so she wouldn’t leave, too.

Because if she left, he’d be all alone.

He didn’t want to be alone. Being alone was scary.

If he was alone, no one would talk to him.

Without his mommy, he wouldn’t get any more chocolate and vanilla swirled ice cream.

When he saw no cars coming, he jumped off the sidewalk onto the lane where the cars drove. Where he could be smashed.

He ran to catch up to his mommy.

She was talking on her phone and walking so fast! Why wasn’t she waiting for him?

He couldn’t run and lick his ice cream cone at the same time. He had to walk slowly and be careful.

The ice cream began to drip, so he stopped and licked his hand. When he looked up again, he knew he had to catch up. She’d be mad if he got too far behind.

“Julian, let’s go! It’s late.” She was still walking and talking. She wasn’t waiting for him.

With a last lick of his cone and another lick at another fat milky drop on his hand, he began to run again and his shoelace started to flap. Mommy needed to tie it for him.

“My sneaker—” He stumbled when he stepped on his lace. He almost fell but caught himself so he didn’t skin his knees. It always burned when he did that.

When his arms went out like an airplane to stop from falling, his ice cream cone tumbled from his fingers. His mouth made an O as he watched it plop upside down onto the pavement.

He stared at the mess it made, and his ice cream began to make brown and white octopus legs around the cone as it melted.

His eyes began to sting just like when she spanked him. “I d-dropped my ice cream, M-mommy!”

But he dropped his ice cream! He wasn’t done with it.

With every step his mother took, she got farther and farther away.

Sometimes it wasn’t worth the ice cream.

Because he dropped it.

He squatted down and picked up the cone, but none of the ice cream came with it. It was almost all a muddy puddle now. The cone had broken, too.

“Mommy!” A sob bubbled up his chest and he let it out. He didn’t care if anyone thought he was a baby. “Mommy!”