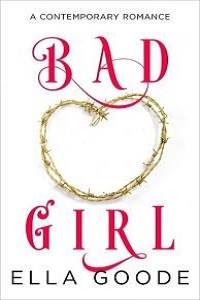 “Stop fidgeting,” my Uncle Chris snaps at me. I drop my hands into my lap. “Are you going to be able to do this?” He leans back in his chair, his giant mahogany desk separating us. He gives me a skeptical look.

“You’ll get five percent of the sale if you pull this off. Anything else you might find we’ll have to see about.”

I shake my head. “I don’t want the money.” That’s not what this is about. At least not for me. Warren is the reason my father is dead. I plan to do everything I can to make sure he feels the consequences of that.

He pushed my father to a breaking point, leaving him a broken man who thought he had nothing to live for any longer. So he took the one thing he still did have: his life. I want Warren to know what it feels like to have something taken from him.

“Your apple didn’t fall far from the tree, I see.” Chris taps his fingers on his desk. He has a better manicure than I do.

“I wouldn't know.” I came in search of my father six months ago. For my entire life, my mom refused to tell me who he was. It wasn’t until after her funeral when I was going through her things that I discovered my dad’s identity.

It was all right there in my mom’s personal journal. With each turn of a page, I learned something about my life I didn’t know. But I’d been too late when it came to meeting my dad. For a brief moment, I’d thought maybe I wasn't alone in the world anymore. I was wrong.

When I lost my mom, it felt like I’d lost a piece of myself as well. I still can’t pull myself out of the grief, but this is giving me purpose. I have somewhere to focus this anger that is raging inside of me.

“You have his eyes and hair coloring.” I reach up to touch my hair, playing with the ends.

“Did he really not know about me at all?” I ask again. Am I trying to find an out? If he didn't care about me, then I shouldn't care about him. There would be no reason for me to do any of this in that case.

“No. Your father always wanted kids but was too wrapped up in his work to ever find himself a wife.” My nose starts to sting, but I fight back the tears, knowing that Chris will toss me out otherwise. He already thinks that I can’t handle this. “He would have welcomed you with open arms.” His words only dig the knife deeper into me. I have to do this. There is nothing to lose at this point.

“I can do this,” I reassure him even though I have no clue if I really can. But I figure if there is a will, there’s a way.

“Good.” He pushes the folder across the desk. “Everything you need is in there. You start tomorrow at Hugo Realty. Since no one knows about you and there is no connection to your father, I don’t think anyone could ever link you.”

“How did you do this?” I scan over my fake resume that got me this job.

According to this paper, I graduated from an Ivy League college after earning a degree in finance. I was also a master chess player. What the hell? I’m going to be so in over my head.

I think I might be the first woman that hopes the boss asks her to make him a cup of coffee, because that I could handle. All these other fancy things on my resume not so much.

I worked in a diner through part of high school. Mom got sick my senior year, and I knew I wasn't going anywhere. There was no way I could leave her alone. So I kept working there. We needed every penny we could get to help with all the medical bills that were piling up.

“Those are my secrets.” He smirks. His smiles always give me an uneasy feeling. The only reason I trust him in this is because we share a common enemy.

“Can you tell me about this Warren guy?” I want to know everything I can about him before I start. I’m not sure how close I will even get to him. I’m coming in as an intern with the hopes that I’ll be able to get to him from the inside.

“Keep flipping.” I do. “You need to study that. Memorize every detail you can no matter how insignificant it may seem.”

I stare down at the handsome man in the picture. When I learned of Warren, I was sure he would be some old white guy with gray hair. Not even close. If I had to guess, I’d say he’s in his thirties. He is not who I pictured to own one of the largest commercial real estate companies on the East Coast.