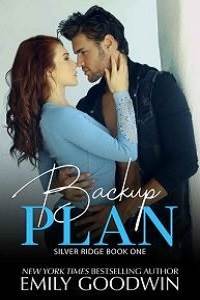 Swallowing the lump in my throat, I blink back tears and slowly turn away from the register after swiping my lunch card. I grip the edges of the tray so hard my fingers hurt. The cafeteria is a sea of mostly happy teenagers, excitedly talking—and bragging—about their summer vacations, comparing tan lines, and complaining about being back at Silver Ridge High.

Taking a slow step forward, I concentrate both on not slipping and falling in these heels while at the same time, looking around the crowded lunchroom for a place to sit. Knowing pretty much everyone is both the blessing and the curse of this small town, and right now I’m wishing I could curse every single of one them in this room.

Okay, not every single one. Just Derek Rogers and everyone within a ten-foot radius of him. I clench my jaw, preparing to walk past his table. Busy talking and laughing with his football buddies, he pays me no attention, but Lauren Wallace does. She makes it a point to give me a pressed smile and slip her arm through Derek’s right as I walk by.

The lump rises in my throat and I know I’m going to lose my battle with my tears. I stare straight ahead and keep walking, praying it’s not obvious that I’m frantically looking around for a place to sit. We have what’s called a “mixed lunch” here at Silver Ridge High, were students of all grade levels eat together. The entire school is put into one big group and then randomly divided. My best friend, Farisha, is in the lunch hour after this one, along with our friends Courtney and Arron.

Which reminds me of the second curse of a small town: there are fewer people to try and fit in with. Farisha is the peanut butter to my jelly, and not being together sucks more than I thought.

Especially since Lauren is now sticking her tongue down Derek’s throat. I speed forward, almost slip since I’m not used to wearing heels, and sit at the table in the back with a group of kids everyone calls “the stoners.” Whether they actually smoke pot all the time or not, I have no idea, but they look at me like the outsider that I am.

Still, I’d rather be here than anywhere near Derek and Lauren fucking Wallace. I’m not jealous, or even all that upset Derek dumped me over an instant message that I didn’t read until after he stood me up for a date. No, it’s not that I wasted a whole summer with that asshole because—hah—he wasted it with me too, and I never put out, which was part of the reason he dumped me.

But it’s what he said.

We’re different. You’re weird and not like the other girls.

Farisha held my hand as I read the message over three times, trying to figure out if I should take it all as a hidden compliment or accept his words at face value. Because I know I’m different. I know I’m not like most of the girls at Silver Ridge High…or in the rest of the world for that matter. I try not to let it bother me, but what if it’s true?

“Hey,” a deep male voice comes from across the table, and I jerk up, blinking back tears. Sam Harris sets his lunch tray down and takes the seat opposite me. “You okay, Chloe?”

My heart flutters in my chest, and I’m well aware half the female population of the lunchroom is looking at me right now. And I hope that includes Lauren fucking Wallace. “I’m fine,” I say with a fake smile, picking up my fork and stabbing it into my salad.

“Really?” Sam cocks an eyebrow and reaches for a greasy piece of pizza. “You don’t look fine.”

“It’s just first-day jitters,” I lie, though I know Sam can see right through me, which is why he came to sit with me in the first place, I’m sure of it. I’m thankful, of course, because now I’m not alone and I have someone familiar with me, but I hate the feeling of needing to be rescued. My day just got significantly better, that’s for sure, and being with Sam always puts a smile on my face.

My parents were friends with Sam’s parents back in the day, and Sam’s mom was over-the-moon happy that her childhood best friend moved back into town. And Mrs. Harris was there for us after Mom died, bringing us a casserole every week for nearly a year.

Sam is two years older than me but only a grade above me, thanks to cutoff dates and him being one of the oldest in his class and me being the youngest in mine. We became instant friends when we first met, and have somehow stayed close despite him being Mr. Popular and me being dubbed Creepy Chloe because of my interest in the paranormal and slight borderline obsession with all things Harry Potter. Though Sam’s baby sister is just as into magic and fantasy as I am, and having that camaraderie with the youngest Harris has always been respected by Sam, as well as his other brothers.