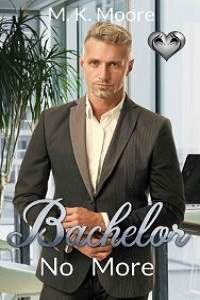 What am I doing with my life? I hate my job. I hate my coworkers. I hate most of my clients. I’m an attorney working at one of the most powerful law offices in the state of Oregon. For the most part, I handle divorces, but I do have some professional football players as clients. Those guys I like, but divorces can really drain you.

I’m forty-one years old and have never been married. I’ve seen firsthand what divorce does to people. It tears a person down to nothing with nothing left over. I should know; I’ve never lost a case. This is the reason that I’ve never made the time to have a personal life.

“Phone call for you, Mr. Fredericks, and your consultation will be here at twelve-thirty. I am leaving for the day. Doctor’s appointment.”

“I got it from here. Have a nice afternoon.”

“Thank you, sir. See you in the morning.”

My secretary, Jeanie, is six months pregnant and about to go on maternity leave, but I doubt she comes back. They never do. Over the last fourteen years, I’ve had nine secretaries. Newly divorced guys love a secretary. Every single one I’ve had has married a former client. I am like a fucking matchmaker. I knew the minute she told me she was pregnant; she’d never be coming back. That’s just what happens.

“Fredericks,” I say, answering the phone. This phone meeting could have been an email, in my opinion. It’s the final property split in a divorce. I represented the husband, and as the aggrieved party, all he wanted were his children. He gave almost everything else to his cheating bitch of a wife. I admire the man, I truly do, but her lawyer is an ambulance chaser. She wants child support even though she won’t have the children. I am about to lose my patience with this asshole. I am just listening to him as he digs his own grave when there is a soft knock on my open office door. I look up, and my eyes connect with the most beautiful woman I’ve ever seen. Her green eyes meet mine, and I momentarily forget how to speak. “I’ll have to call you back, Edwards,” I say, after clearing my throat. I slam the phone down harder than I mean to.

“I could come back later,” she says, her eyes widening as I stand up. Her thick black-framed glasses make her eyes look even bigger.

“Not at all, Mrs…” I trail off. Jeanie didn’t tell me who I was meeting with.

“Ms. Meyers, but please, call me Hilda,” she says, coming into the office. Thank God.

“Please have a seat, Ms. Meyers,” I say, gesturing to the wingback leather chairs in front of my desk. When she sits down, her skirt rides up, showing me her lacy black panties. Oh, shit. I never knew I had a weakness before, but I guess it’s this particular tiny, curvy woman who looks like a librarian and wears black panties.

“What can I help you with today?” I ask, sitting back down, glad for the solid oak desk between us. My cock is so hard, I could punch right through my slacks.

“I got your information from my brother, Brandon Meyers, you know, the football player.”

“Of course, Brandon and I play poker together. I thought we were good friends, but he never told me he had a sister, so I guess not.”

“You probably are good friends. I am older than he is by five years. He forgets about me until he needs something, or I call him to make sure he’s still alive.”

“Impossible,” I say without thinking. She dazzles me with a smile, but it doesn’t quite reach her eyes. I make a mental note to punch her brother the next time I see him.

“In any case, he gave me your number and said you were the best attorney he knew.”

“Are you seeking a divorce?” I ask, pretty much holding my breath. For some reason, I hate the idea that she belongs to another man, even if that union is ending. Everything in me tells me she’s going to be mine.

“Oh, no. I’ve never been married, but I am an author. I published independently, but I wrote a recently published book, and the publishing house wants me to sign this contract for three more books in the same series. I am keen to do it; however, my agent was recently forced into retirement due to her health, and she didn’t have a backup plan in place. I am on the hunt for a new agent, but the publisher needs an answer by the end of the week. So, I was hoping an attorney could help me with the contract until then.”