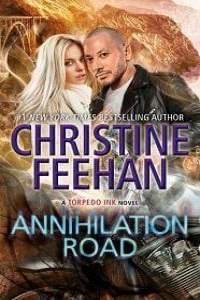 Today was the day Savin “Savage” Pajari was going to die. And it was okay. If it hadn’t been for the boy, a part of him would be rejoicing. He was a monster, and monsters weren’t for this world. But there was the boy, and that meant he had to try no matter what. Not give up.

He wasn’t going to make it. He’d been too slow. The truck was too fast. The mother screamed seconds too late to draw his attention. He’d laid his bike down to get to the kid as time tunneled. Slowed down. He scooped the boy up, right out of the middle of the street, and ran like hell.

He sprinted to get the kid out of harm’s way, but he knew his effort was futile. He was just a step too late. All he could do was try to protect the child. He wrapped him up in his arms, tight against his chest, hoping when the truck crushed him, his body would keep the boy alive. He was a big man, heavy on the muscle, so maybe the kid had a chance. He kept running, but it was over, probably for both of them.

As if from a distance, he heard the scream of the brakes as the driver slammed them on, the skid, the smell of burning rubber and brakes, the desperate cries of those on the sidewalk watching the drama unfold. Then the vehicle was there, much bigger as it bore down on them. He kept running, that next step, heart pounding, because there had never been a time in his life that he could give up—and he had that little boy, who deserved to live. Something hit him hard in the back, coming at him from the side, throwing him forward, giving him that last momentum, the speed he needed. That one extra step.

He found himself rolling on the ground, the kid tucked in to his body to prevent him from hitting the asphalt. The roaring in his ears was loud, but not as loud as the distinct and sickening thunk he heard. He knew immediately it was the sound of metal hitting a real flesh-and-blood body. He turned his head to see a woman rolling across the road. Other sounds erupted around him: screams, the driver’s door slamming. He swore, forcing his body to move, getting his legs under him, standing, the boy still protected in his arms.

The kid’s mother rushed to Savage, tears streaming down her face, thanking him as she took the child. He thrust her aside and sprinted to the fallen woman. She was small, a broken doll lying on her belly. The denim she wore hadn’t protected her leg. The material was shredded along with her skin. The wounds looked ugly, vicious even, going from the top of her ankle to the top of her thigh. He couldn’t tell if her leg was broken. The rest of her clothes were shredded on that side as well, her narrow rib cage bloody, the side of her breast and her arm.

Savage crouched down beside her. She groaned, letting him know she was conscious at least. She had hair, a lot of it, a rich honey color. He gathered it into one hand and pulled it away from the blood on her arm. “You’re alive, baby, but don’t move until the paramedics get here. Tell me where you’re hurt.”

She made little sounds of distress in the back of her throat, and then turned her face toward him. Her eyelashes fluttered. They were exceptionally long, and there were diamond-like drops on them. She opened her eyes, and he found himself looking into the bluest eyes he’d ever seen. That got him straight in his scarred, uncooperative cock. She was lying there broken and bruised on his account, and his fuckin’ body suddenly decided to come to life all on its own. He was shocked. More than shocked. He didn’t let it show, but that had never happened that he could remember.

She would have bruises and lacerations on her otherwise flawless skin. Her bone structure was perfect. Savage noted every detail, the way he did everything. Her mouth was . . . Bog. Her mouth. Deliberately, he looked away from her face and once more looked at her body, trying not to notice that her ass, cupped in those tight jeans, was just as perfect as her tits.

“I’m going to run my hands over you, looking for broken bones. I’m not taking advantage.” He knew he looked rough. He was rough. He was wearing his colors, so it wasn’t difficult to tell he was a biker. He was tattooed, and he kept his head shaved. He was intimidating, because he was the kind of man that beat the fuck out of someone if they crossed him. “That all right with you?”