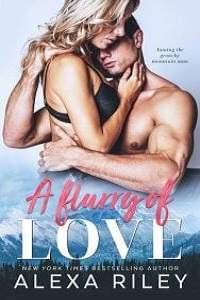 How is it that the first time I’m ever on a flight, it ends up being a giant private plane? I should be excited, but all I feel is dread. Sharing a school with some of these people was hard enough, but now I’m going to be stuck on a plane thousands of feet in the air, in an enclosed space, for hours.

“Are you going to vomit?” Carter takes a step away from me. “This is Gucci,” he informs me, even though the word Gucci is written in giant letters across the back. There’s no missing it; everything he owns is designer. His luggage alone is worth more than I’ll ever be able to wrap my mind around.

“No.” I let out a long breath, trying to calm myself. It’s not the flying that’s getting to me. It’s the anxiety of all of this.

“Cool. You had me worried there.” He throws his arm over my shoulder, leading me toward the plane. “Try not to throw up on the plane either. It’s my grandfather’s, and he’s letting us borrow it.”

“It’s kind of dated if you ask me.” Paige smirks, walking past us, heading up the stairs first.

“She’s such a bitch,” he mutters to me. “Don’t see her daddy offering up his plane. Probably because he took his mistress away for the weekend,” he shouts after her as she glides easily up the stairs in her four-inch heels.

Paige flips him off over her shoulder, and I wish I could say this is the strangest argument I’ve ever heard, but it’s not.

“How long is the flight?” I try to wiggle out from under Carter’s arm, but it’s pointless. I have a feeling he’s going to be glued to my side until we get to the ski resort and I can hide away in my cabin. That’s my plan, at least. I’m not actually sure what the sleeping arrangements will be, but in this group, I would think it's going to be top of the line.

“About two hours, I think.” He leans over, his mouth brushing my ear. “There’s a bedroom on this plane.”

“I don’t need a nap.” I try to hurry up the stairs, but my heavy bag holds me down, one Carter didn’t even offer to carry for me. If anything, he put more weight on me with his damn oversized arm.

Carter is a big guy, but in an overly fit way. It’s not my thing. He’s taken the football team to state and won, which is partly why we’re all going on this trip. His daddy told him if he won state he could take a bunch of his friends on a trip after Christmas for the New Year. How I got lumped into this group, I have no clue.

I’m sure part of it's because Tyson Barton is coming too. He’s my sponsor's oldest son and was on the football team too. I’ve been living with the Barton family for the past year and a half, since I got selected to go to Madison Prep.

The private school has to select so many students from the state's foster system. I sure as hell wasn’t going to say no when I got picked. The foster home I’d been in at the time was a nightmare. The Bartons’ home was a dream in comparison. Mary, Tyson’s mom, is on the board at the school, and I’m pretty sure she only does the whole sponsor thing to look good to them. Which is fine with me because she really doesn’t pay me much attention.

My biggest guess as to why I’m here is Carter trying to get into my pants. That started when a rumor about me being a virgin got around. Though is it a rumor if it’s true?

I think Carter got his dad to pressure my sponsor into pushing me to go on the trip. Mary and Jacob didn’t really give me a choice in the end. They said I had to go because they were going out of town and I couldn’t stay at the house alone.

Which is bull crap because they have all gone on family vacations before and left me there. Still, I didn’t have room to push back. I always have to go with whatever is given to me. Even though I turned eighteen a month ago, I have to ride it out if I want to graduate.

“Holy crap,” I breathe when I step onto the plane.

“Champagne?” a beautiful flight attendant, all dolled up in heels, asks. She’s holding up a tray filled with champagne flutes and has a bright smile.

Between her and Paige, I’m starting to feel really underdressed in my jeans, sneakers, and sweater. That was the one nice thing about a uniform at school. I didn’t have to worry about standing out because of what I was wearing. I prefer to blend in if possible.