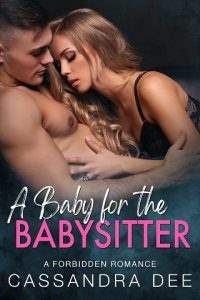 I hop off the subway, lugging my overstuffed bag on my shoulder, huffing from the effort. It’s full to the brim with makeup, a change of clothes, a water bottle, and sky-high stilettos. It’s so stuffed I can’t even zip it all the way, so I clutch it carefully against my body and hope that nothing falls out because that would be utter disaster. After all, who wants to be scrabbling on their hands and knees on a dirty NYC subway platform as pedestrians rush by? It’s unclear whether anyone would even stop to help me. Hmph. That’s city life, I suppose.

As a result, I climb the subway steps carefully until I reach the busy street. My fellow citizens shove past each other, all in a rush to catch the next train or get to their next appointment, but I stop to look around. Where’s Petunia? Oh, there she is. My buddy’s standing across the street, and I wave wildly to get her attention.

“Pet! Pet!” I shout loudly over the noise of cars honking loudly at one another. It’s a scorching day and I can already feel the sweat beading on my forehead and under my arms. Eeew gross, this is getting nasty and it’s exactly what I don’t want. I shift my bag uncomfortably to my other shoulder, wishing I could get some relief from this heat.

My friend finally sees me and waves back, dashing across the street at the last second before the light shifts to red. In typical New York fashion, someone blares their horn in protest, but Pet just rolls her eyes and then waves brightly at me once more.

“Hey Marce,” she calls in return, somehow managing to jog in her stilettos. Someone should give this girl a prize.

“Petunia, you are a crazy person to be wearing those shoes already,” I tell her as I plant a quick kiss on her cheek. “Why didn’t you just keep them in your bag and wear sneakers until we get to Sanctum? Did you actually ride the subway in those things?” I demand, eyeing the six-inch shoes warily. They’re a gorgeous purple color, but the heels look like chopsticks that could easily get caught in a grate. Or break, come to think of it.

Pet giggles. “Nah, I splurged for a cab. I was running late and I couldn’t stand the idea of getting onto a hot train. You know that there are very few places where I’m willing to get packed in like a sardine.”

I wipe at my damp face. “Yeah, I should have probably done the same because look at me now,” I say ruefully, glancing at the damp spots forming under my armpits. Gross. But then I glance at the time on my phone. “Thankfully, I should have time for a quick rinse at the club before we have to start performing, so let’s go.”

“Yeah girl, I’m going to need one, too. Still. I can’t believe I have to walk four blocks in this heat,” Pet whines.

“You could have taken the cab directly to Sanctum, you know,” I say with a smile. “I don’t mind.”

Pet just scoffs. “I said I would meet you at the subway stop, and here I am,” she insists, sniffling delicately as if I’ve offended her. “Hos before bros,” she pronounces magnanimously.

I giggle. “Don’t you mean bros before hos? But I guess it’s the opposite for us because we are the hos!” I giggle. “No seriously though, you’re the best. Now let’s hustle because the sooner we get to the club, the sooner we can shower so that I don’t become a steaming pile of sweat and flesh.”

With that, Petunia and I hurry along the crowded streets. Despite the suffocating temperature, it seems like more New Yorkers than ever are out and about on this humid Saturday afternoon. We pass a guy with an intense purple mohawk sitting next to a preppy looking lady in a Gucci sundress. Even crazier, they’re actually talking like they’re best friends.

“Only in New York,” Pet observes as we hurry past the odd couple.

“I know, right? I thought the city was supposed to empty out in the summer but it seems like everyone’s still here,” I say while we wend our way through throngs of random people.

“Girl you and me both. I guess these are all the people who can’t afford the Hamptons, and unfortunately, that includes us,” Pet says with a sigh. “Do you think we’ll ever be able to afford to go East?”

I think for a moment.

“I don’t know, but if I ever get rich, I promise to take you to the Hamptons. We’ll have a huge house all to ourselves, along with a peanut shaped swimming pool and as many mimosas as we can drink.”

Pet smiles. “I’m holding you to that peanut-shaped pool,” she grins. “Any other shape won’t do.”